The Baggies earned three points at home for the first time under Allardyce this term, but they could easily have lost.

Indeed, the Seagulls hit the bar and post with penalties in either half.

However, the biggest talking point proved to be Lewis Dunk’s disallowed free-kick, which the Brighton captain called “horrendous”.

Nevertheless, Allardyce also had choice words for the visitors’ first penalty, which came after Okay Yokuslu was adjudged to have unfairly handled the ball in the box.

Speaking about the game, Allardyce told Sky Sports: “This was a huge slice of luck for us. The first penalty was an outrageous decision. Our goal gave us something to battle away at.

“All season we have found it difficult to score so it’s a big win because we scored from a set-piece and got the clean sheet.

“Brighton missed a few again today. If they can put that right they’ll be a real force.”

However, Dunk’s free kick took most of the limelight from the controversial contest. Referee Lee Mason disallowed the goal after blowing his whistle twice – the second time just before the ball hit the net.

But after agreeing to allow the goal, he changed his mind for a second time and kept the score at 1-0.

“I’ve no idea why the second whistle went. There are so many bizarre rule changes in our rule book today.

“We don’t really know categorically what we should or should not be doing in these situations.”

West Brom eventually took all three points thanks to defender Kyle Bartley’s goal in the first half. The centre-back felt referee Mason had a good game and praised his officiating. 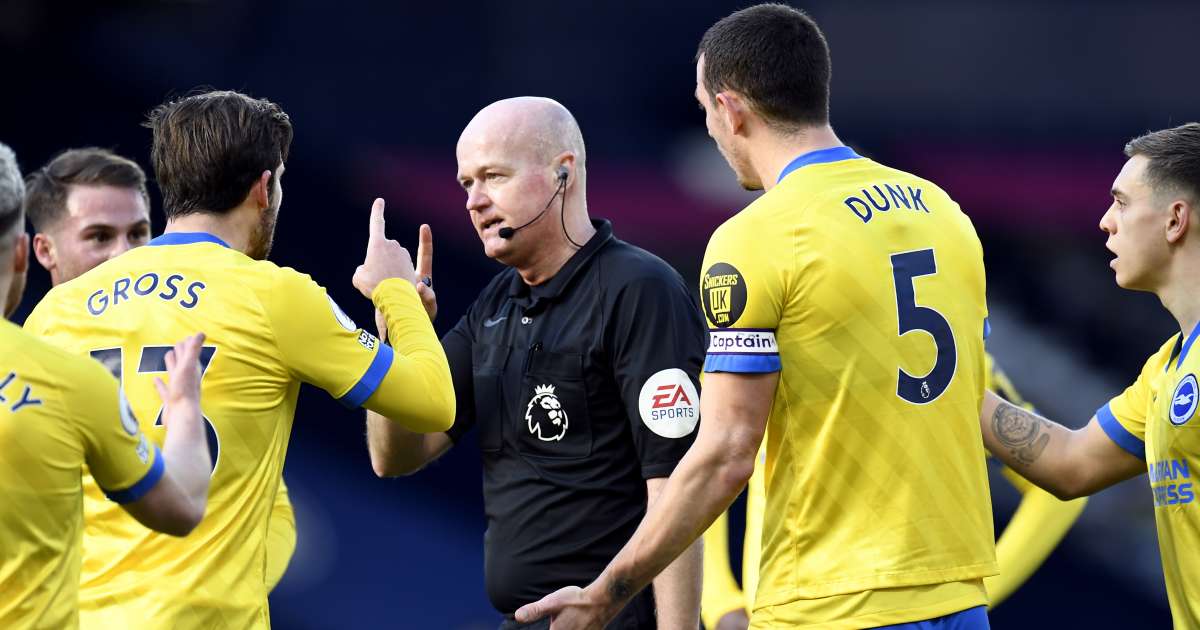 “The ref blew his whistle, he said, to speak to someone in the wall, there was a bit of pushing,” Bartley told Sky Sports.

“There was a bit of confusion but Lee Mason dealt with it really well and came to the right conclusion.

“It was a bit confusing, I don’t think it would have been right for them to score like that.”