English teams’ Spanish hoodoo in finals continued as Manchester United lost 11-10 on penalties against Villarreal in the Europa League final in Gdansk.

Every major European final between a Spanish and English team over the past 15 years had been won by the Spanish team. Nine games in total with Man Utd losing three of those. They lost to Barcelona in the Champions League final in 2009 and 2011 and lost to Real Madrid in the UEFA Super Cup in 2017. And after a dramatic shoot-out it was left to the two goalkeepers with David de Gea see his spot-kick saved.

Villarreal had gone in front with Gerard Moreno’s first-half header from a well-worked free-kick. Edinson Cavani equalised in the second half in a final which had few clear-cut chances before the penalty drama ensued.

Bruno Fernandes captained Manchester United, as Harry Maguire was named among the substitutes.

England centre-back Maguire looked set to miss out on the squad after sitting out training on Tuesday with ankle ligament damage but was named on the bench in Gdansk, where Victor Lindelof started alongside Eric Bailly.

David De Gea got the nod over Dean Henderson in goal, while Ole Gunnar Solskjaer started Paul Pogba started alongside Scott McTominay in midfield as Fred had to make do with a spot on the bench.

It took Villarreal 15 minutes to launch an attack which ended with lfonso Pedraza’s cross being blocked by Aaron Wan-Bissaka. And from the corner Manu Trigueros sliced his volley high and wide at the far post.

United though were soon on the attack and after Wan-Bissaka’s cross was headed out to Luke Shaw, the left-back’s cross-shot flew just wide of the far post.

United then broke, and Mason Greenwood played s a good ball into Edinson Cavani, who could not get a shot away.

Marcus Rashford then hammered in a long-range effort but it was straight at the keeper. Villarreal were straight down the other end and 18-year-old Yeremi Pino blasted a low drive wide from the edge of the box. 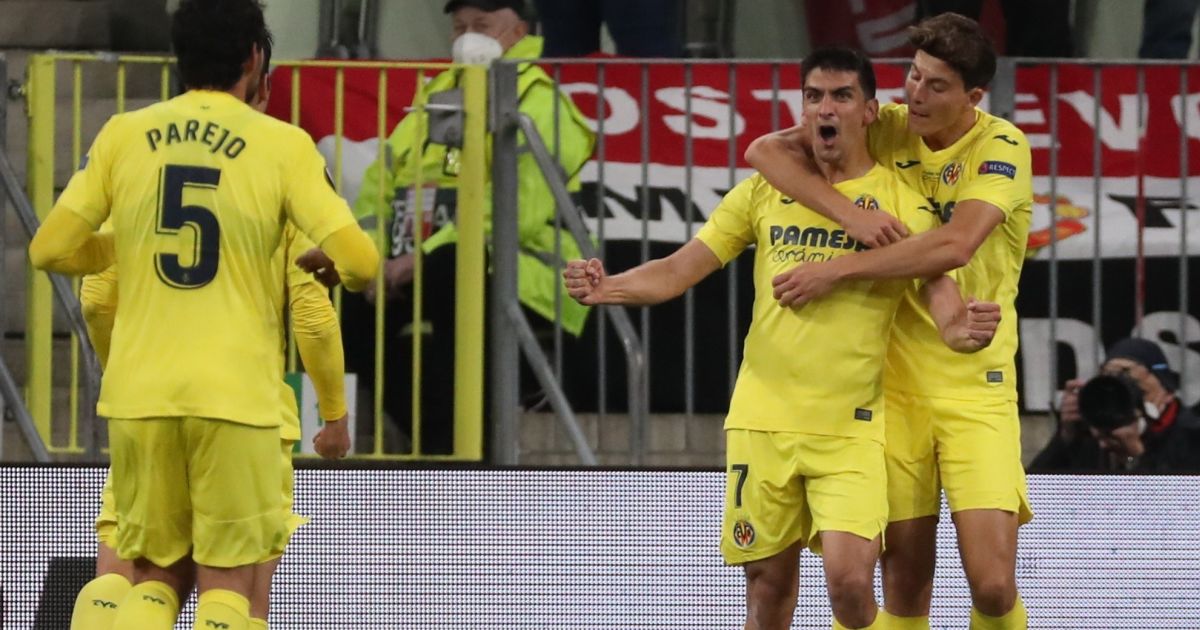 And that was a warning side because on 29 minutes Villarreal were ahead. A free-kick from the left was floated into the box by Dani Parejo and Gerard Moreno got free to glance a header past De Gea for his 30th goal of the season.

United continued to dominate possession. Cavani held off Pau Torres but  his cut-back was collected by Dani Parejo.

Villarreal’s compact defensive shape was looking hard to break down. However, the raw pace of Greenwood almost unlocked them down the right. The Bradford-born attacker sprinted clear only to see his cross blocked by the mid-region of Raul Albiol and into the hands of the keeper.

United survived a nervy moment early in the second half. Their defence was left scrambling inside the six-yard box after Bailly slipped inside the box from a free-kick. 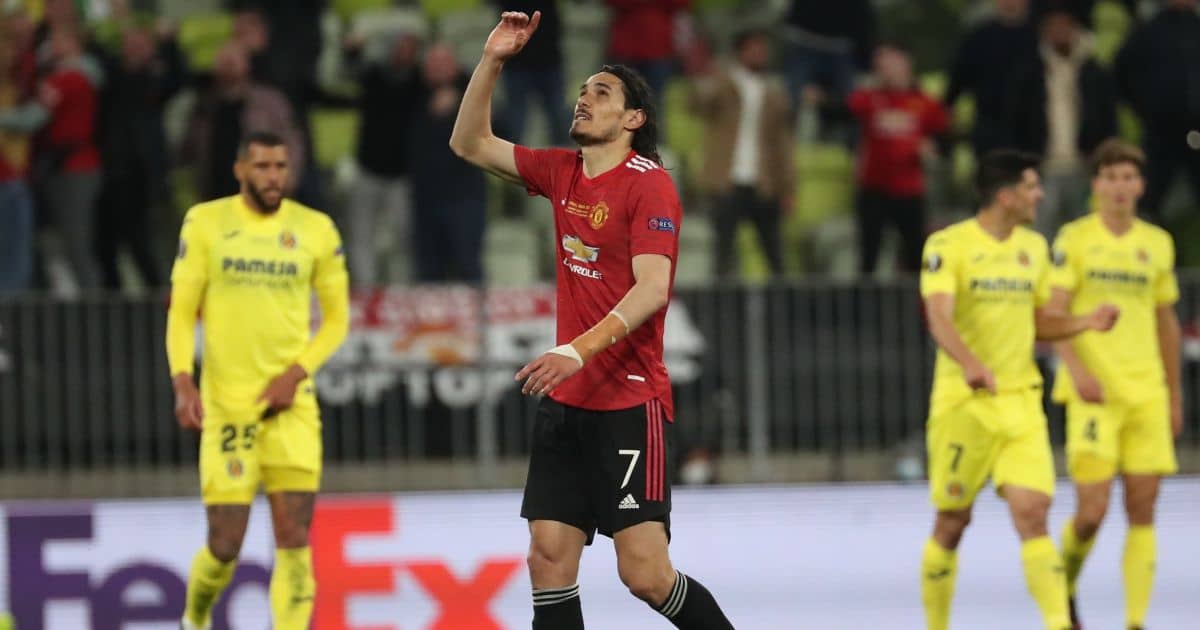 But within 10 minutes of the restart United were level. Shaw’s corner was only cleared as far as Rashford and his shot fell to Cavani, who fired home from close range. VAR checked the goal for offside, but after an anxious wait the goal was awarded.

Rashford then wasted a fine chance on 70 minutes after Fernandes had escaped down the right. The Portugal star’s low cross fell for the England man. but he clipped his shot wide of the post from close range.

Pau Torres then headed away Cavani’s header inside the six-yard box after the striker had headed goalwards from Shaw’s drilled cross.

McTominay then powered into the box and drilled in a low ball which Cavani tried to flick towards goal.

Pogba headed over as the game headed for extra time. But there is was still time for Torres to drill a shot high and wide from a decent position.

Sub Alberto Moreno lashed a shot wide from the left in extra-time as Villarreal looked the sharper of the two sides.

Sub Paco Alcacer then blasted a shot over as the Yellow Submarine made inroads into United territory.

Fred arrived for United with Mason Greenwood making way as Solskjaer made his first change. United though offered little in the extra 30 minutes and Alex Telles and Juan Mata arrived in added on time, with penalties in mind.