Throughout the Broncos' historic wooden-spoon season, one word cropped up time and again.

Amid Anthony Seibold's high-publicised exit and the club's shocking slump to the bottom of the ladder for the first time in their esteemed history, something very alarming seemed askew with the Broncos' DNA.

Rifts with the club's old-boys, player dissent and fan disaffection were symptomatic of a problem at the very core of Red Hill, something that even the most hardened Broncos detractors would argue needs to be fixed, and fast.

There seemed no other option that the man tasked with leading Brisbane back to the light was club legend and Queensland icon Kevin Walters – the name incessantly bandied about the hallways of Lang Park and the streets of Brisbane amid the club's 2020 train wreck.

There's no beating around the bush. A herculean task sits before the former Maroons coach but then again, there's no man better placed to instill the famed winning culture back into the Broncos.

That's the belief of club icon and board member Darren Lockyer, who says it will be Walters' devotion to the Broncos, rather than his charisma alone, that will steer the club back in good stead in 2021.

"He understands the winning culture that made the Broncos successful during that 90's period," Lockyer told Wide World of Sports.

"Kevvie lived and breathed the old-school culture, so he knows what it looks like and feels like. He's got a huge advantage in there in trying to instill that back. A lot of those old boys were the ones who were a key part of the success of the club in the 90's. And he was a part of all that too.

"He's coached at Origin level and there's a lot of pressure involved there. But in saying that, it is a little bit different to an NRL gig. And probably the one club that's under the most pressure, regardless of where they've come on the ladder the previous year, is always the Broncos."

One of Walters' first challenges will be identifying who his leaders are, a glaring hole amid last season's weekly confusion on-field. 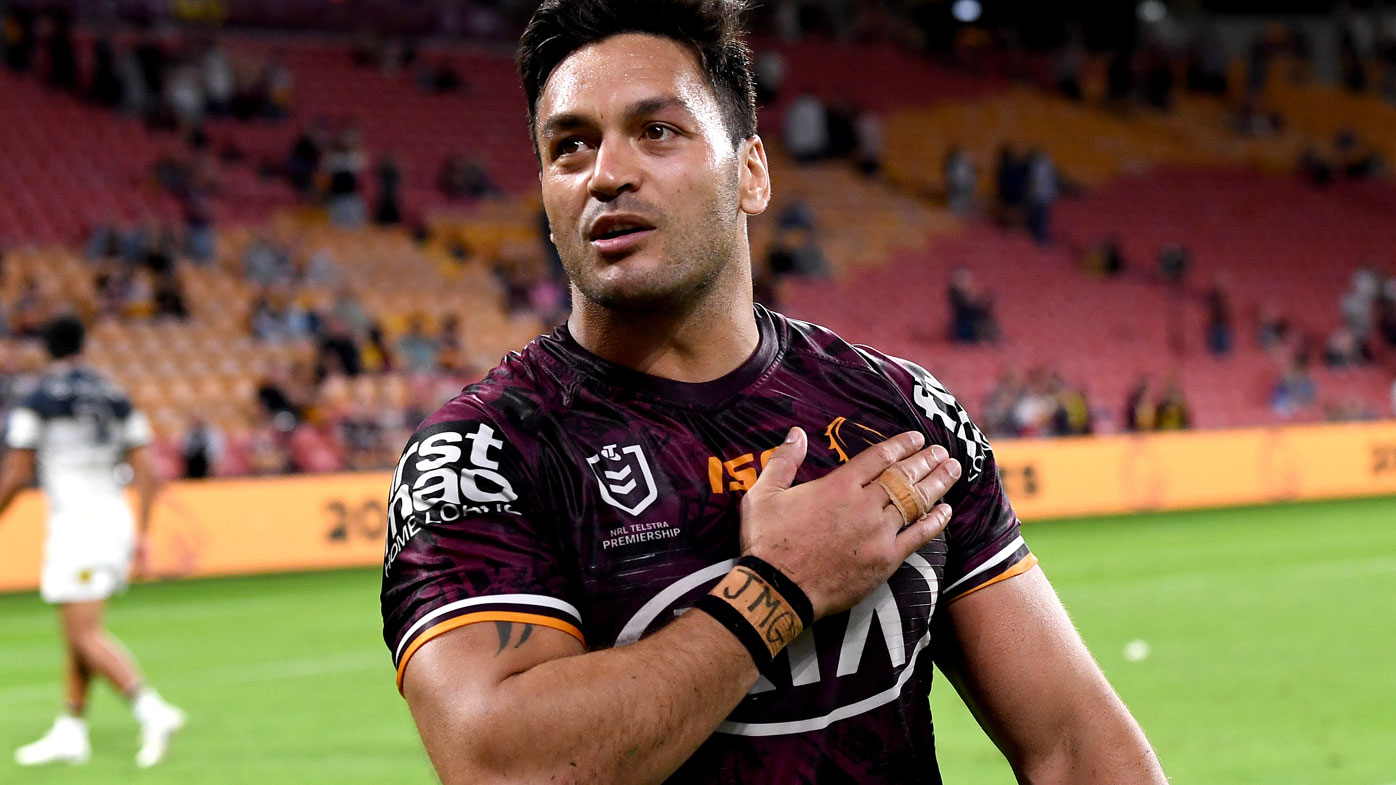 Alex Glenn has been handed the captaincy for another season, but it's the backline that seems more pressingly starved of guidance.

Lockyer believes it's now or never for $1 million per season star Anthony Milford to stand up and lead through his actions, letting his footy do the talking in the big moments rather than his voice.

It's a way of life Allan Langer adopted during his time at the club and a parallel Lockyer can see between the two generations.

"I don't think leadership comes naturally to Milford, it's not a natural thing for him," Lockyer said.

"But I look at Kevvie and Alf. I kind of see Anthony as similar to Alf, in that Alf led with his actions in the field in how good he was. It wasn't necessarily about what he said. And I think Anthony Milford is the same sort of character.

"With Darius gone, the logical person to take some ownership of the backline is Milford, obviously Alex is the forwards. Matt Lodge is there too so he's got some experience and is another guy who can lead that forward pack." 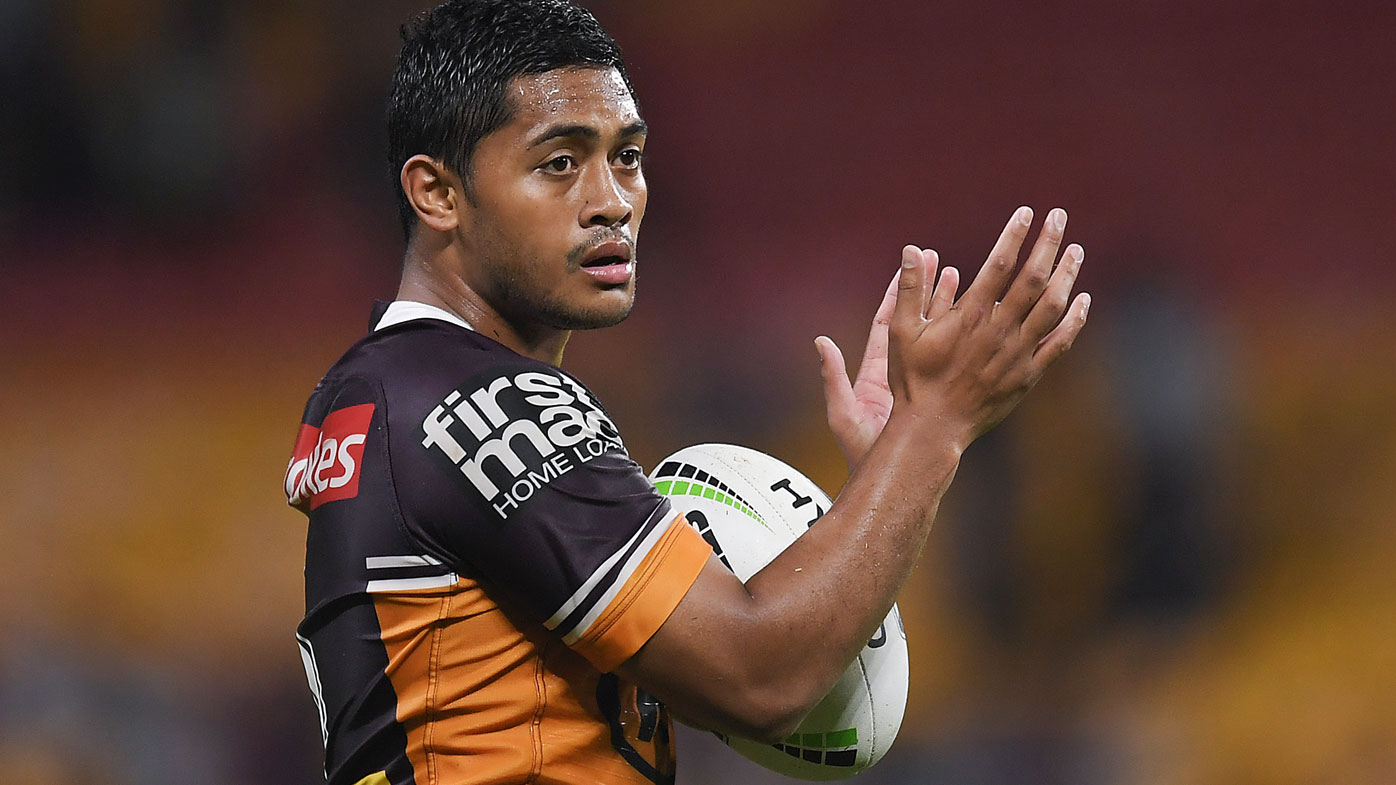 Defence will perhaps be the one sticking point with every Broncos fan that Walters will need to address.

With the worst defensive record in the league at 31.2 points per game leaked, Lockyer says it will require a strategy overhaul and a strong sense of trust "in the man next to you to do their job" – a feeling that was sorely missing last year) – to fix the issue.

"At the end of the day, it might be a bit boring but defence wins premierships," he said. "If you're not in the top two, three of defences then you're not playing in the GF. 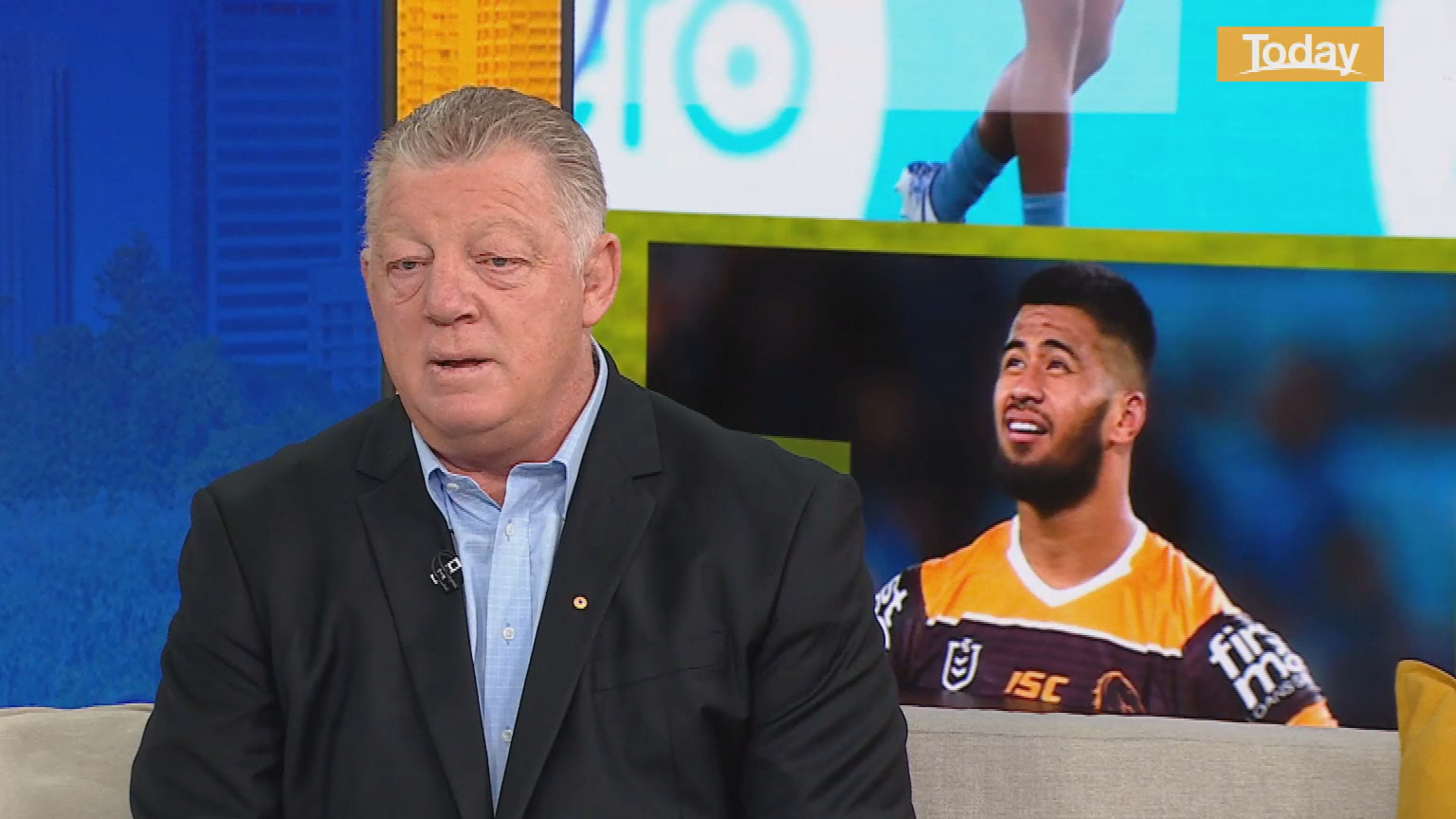 Outside of their on-field woes, the Broncos will have a fight on their hands to retain some of their 15 off-contract stars, including some of the club's brightest talents.

Having been picked apart in the off-season, with the likes of David Fifita, Joe Ofahengaue and Jack Bird setting sale for new homes, the reality of Tom Dearden, Xavier Coates and Kotoni Staggs being off-contract in 2021 strikes home.

Lockyer argued the key will be to nurture a feeling of mutual respect and support with the roster to keep the club's brightest talents at Red Hill beyond this season.

"It's one of the hardest things to do in clubland at the moment," Lockyer said.

"When you've got kids who have got huge potential, they sometimes get big money pretty early in their career and good luck to them. But if you keep topping up all your kids with big money, then you run into a cap issue.

"Having these talented young kids come through the Broncos system has always been there and sometimes we're not always going to be able to keep them all, ie David Fifita. So, it's about us as a club appreciating what they've done and who they are, and rewarding them for that.

"But also them understanding that while they're at a club that hasn't performed well over the past few years, that there is a lot of support here for them, opportunities. And it's also the start of their careers so it's also about being realistic as well." 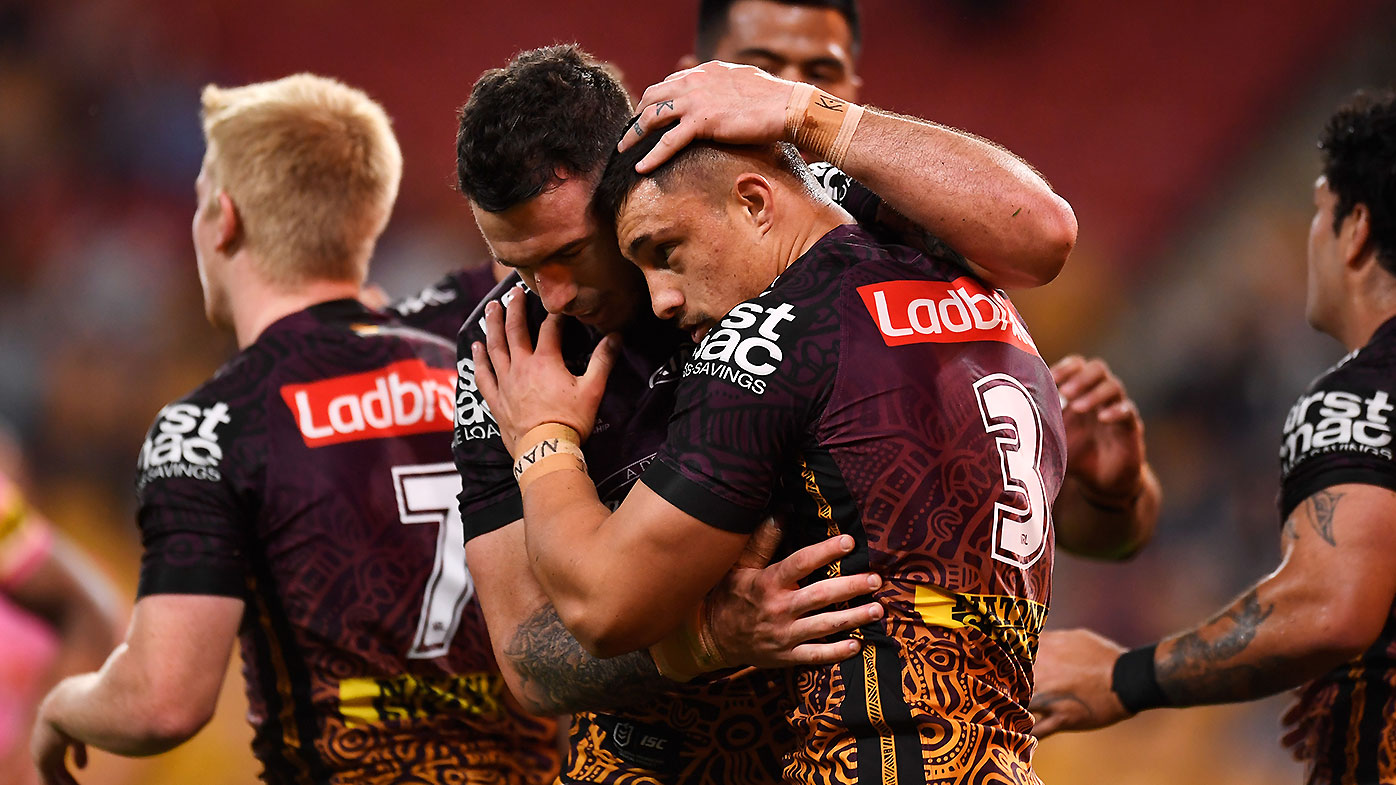 Last but not least, the relationship with the club's old boys – the figures which carved out the Broncos DNA – was an issue that dogged Seibold throughout his tenure at Red Hill.

With Walters, a five-time former premiership winner with the Broncos at the helm, Lockyer could see no way that could happen again in 2021.

"When you win premierships with all these guys, you develop life-long friendships," he said.

"It's not so much about re-connecting as it is about including them. They will always have their opinions on stuff, they're entitled to that. 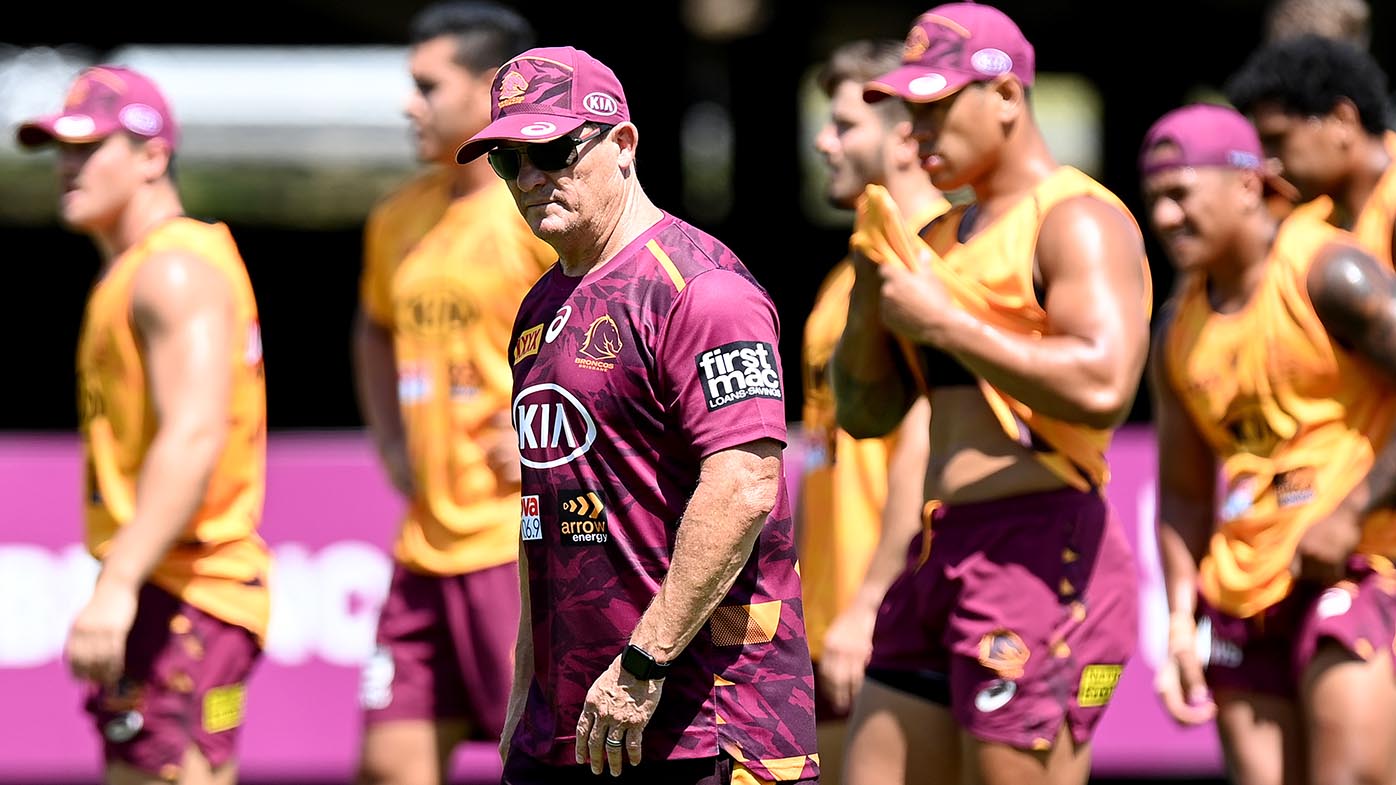 The Broncos kick-off their 2021 campaign when they clash against the Eels on Friday night.