A converted Jorginho penalty that was conceded by Eric Dier saw Tottenham lose a third consecutive league game for the first time nine years, as the hosts fell to a 1-0 defeat to Chelsea.

Not since November 2012 when Andre Villas-Boas was manager have Spurs endured such a run.

Thomas Tuchel’s Chelsea put in a dominating display from start to finish but will have worries over the welfare of Thiago Silva.

Furthermore, it is the first time ever that Jose Mourinho has suffered back-to-back league defeats on home turf.

The game almost had a goal within the first ten seconds. A long ball from César Azpilicueta found the head of Timo Werner who rippled the wrong side of the net with his header.

Son Heung-min curled a comfortable strike at Chelsea goalkeeper Edouard Mendy to gobble up after five minutes in what would be the hosts’ only shot on-target in the first period.

Jorginho stepped up and made no mistake, powerfully dispatching the penalty to put his team 1-0 up. The Italian has now netted five of the eight Chelsea spot kicks he has taken this season.

The one blot on the Blues’ first half performance was an injury to Thiago Silva. The 36-year-old defender fell awkwardly and was forced off with what looks like a thigh injury.

Against the run of play Serge Aurier had a chance to level the game three minutes before the break. He met a sharp Son free-kick but could only head the ball wide when he really should have done better.

It took until the hour mark before the match saw some goalmouth action in the second half.

Werner found himself six yards out with a glorious chance to double his side’s advantage. But a superb last-ditch tackle from Aurier saved a certain goal to keep the scoreline down.

On 78 minutes, Mason Mount’s fizzed shot forced Hugo Lloris into action before Mendy pushed away an Erik Lamela strike shortly after as the game opened up a notch. 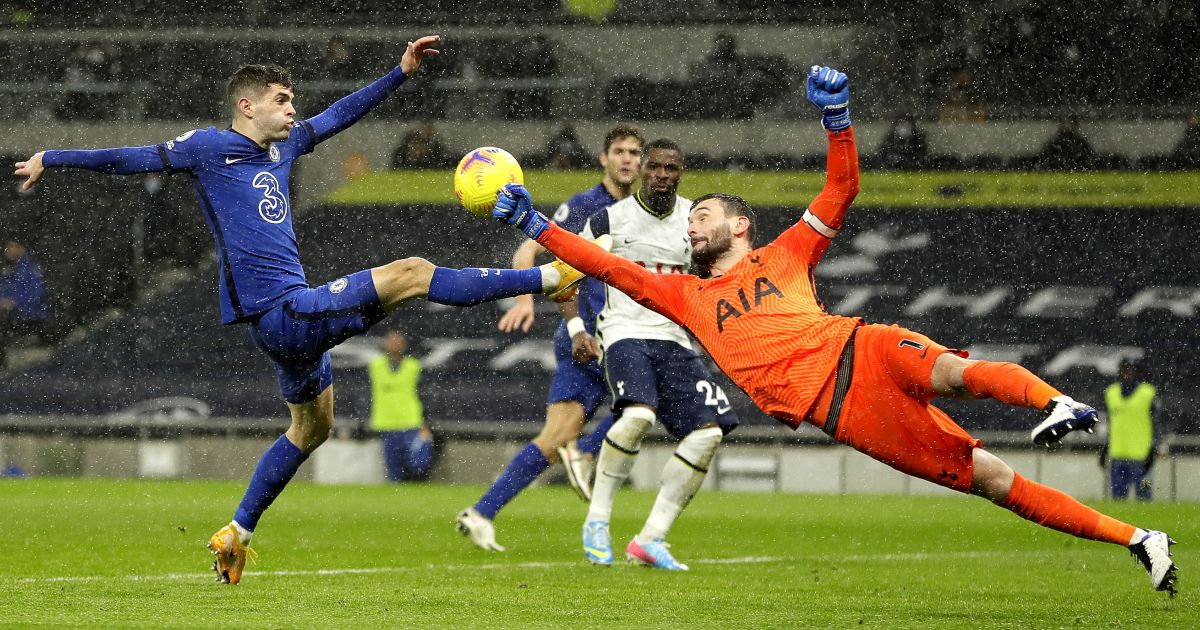 Lucas Moura twisted and turned through the Chelsea defence five minutes from time but ambitious his effort whistled over the bar.

The best chance of the game for the hosts came moments later. Substitute Carlos Vinicius rose above the Blues defence but headed wide of the mark from just six yards out, to the disbelief of the home bench.

Dier curled over a tame free-kick well over the bar late on but made up for his poor effort by blocking a goal-bound effort from Werner a minute later.

Son produced a near-miss from just within the box seconds from the final whistle, marking the end of Tottenham’s hoped of gaining a result.

The three points for Chelsea sees them leapfrog their opponents into 6th while Tottenham lie in 8th.