On Sunday, we'll find out the NSW team for the State of Origin series opener – so here's the side I would pick.

There are four debutants, all Panthers: To'o, Crichton, Luai and Martin. Yeo on the left edge means it's all-Penrith on that side: Luai, Yeo, Crichton and To'o, given how highly Blues coach Brad Fittler values club combinations, plus Cleary at halfback. Martin has been in good form at back-row for the Panthers and could come off the bench to debut alongside Cleary on the right edge.

The back-row was an issue, with Victor Radley and also likely Angus Crichton suspended, plus Cam Murray out injured. I'd have had Crichton at left-edge back-row and Yeo at lock otherwise; probably Cam Murray on the right edge, with Radley on the bench.

Latrell Mitchell was in great form before his four-week suspension, which likely would have had him in the side at left centre. But having a month out then coming back for South Sydney with a 56-12 loss to Penrith on Sunday, I reckon he'd need a huge game this weekend against the Eels to force his way in.

It's such a shame for Radley that he's going to miss out on Origin. I would have picked him. He had earned a debut. It's been coming for a long time yet something has always come up and denied him.

If you picked him on the bench, he'd cover hooker and back-row, plus he brings extra ball-playing ability. But it's not to be, not this time.

He may have lost his cool a bit in that Roosters vs Broncos game but honestly, he was just trying to do the right thing by his team. To fire-up his side in what, to begin with, was a close game.

This is what makes the NRL's crackdown so hard. Fans want to see those types of players. They want to be on the edge of their seat, they want to see aggression.

Radley probably should have been smarter with the hit on Albert Kelly while he was kicking. Cracking down on contact against general-play kickers isn't a new thing and that's set to cost him a one-game ban on top of a sin-bin.

Yet that hit on Tevita Pangai Jr … I don't want to be irresponsible by saying that it was nothing, Radley did get him high, but the first contact was made with the shoulder then slipped up. This is a 92kg player up against a 117kg guy who is one of the toughest players in the competition.

These are the ones that I think the NRL need to be mindful of, where it's largely incidental contact and a penalty might be sufficient. Instead, we've seen a sin-bin and a grade two charge that will cost Radley three or four weeks; albeit with loading. 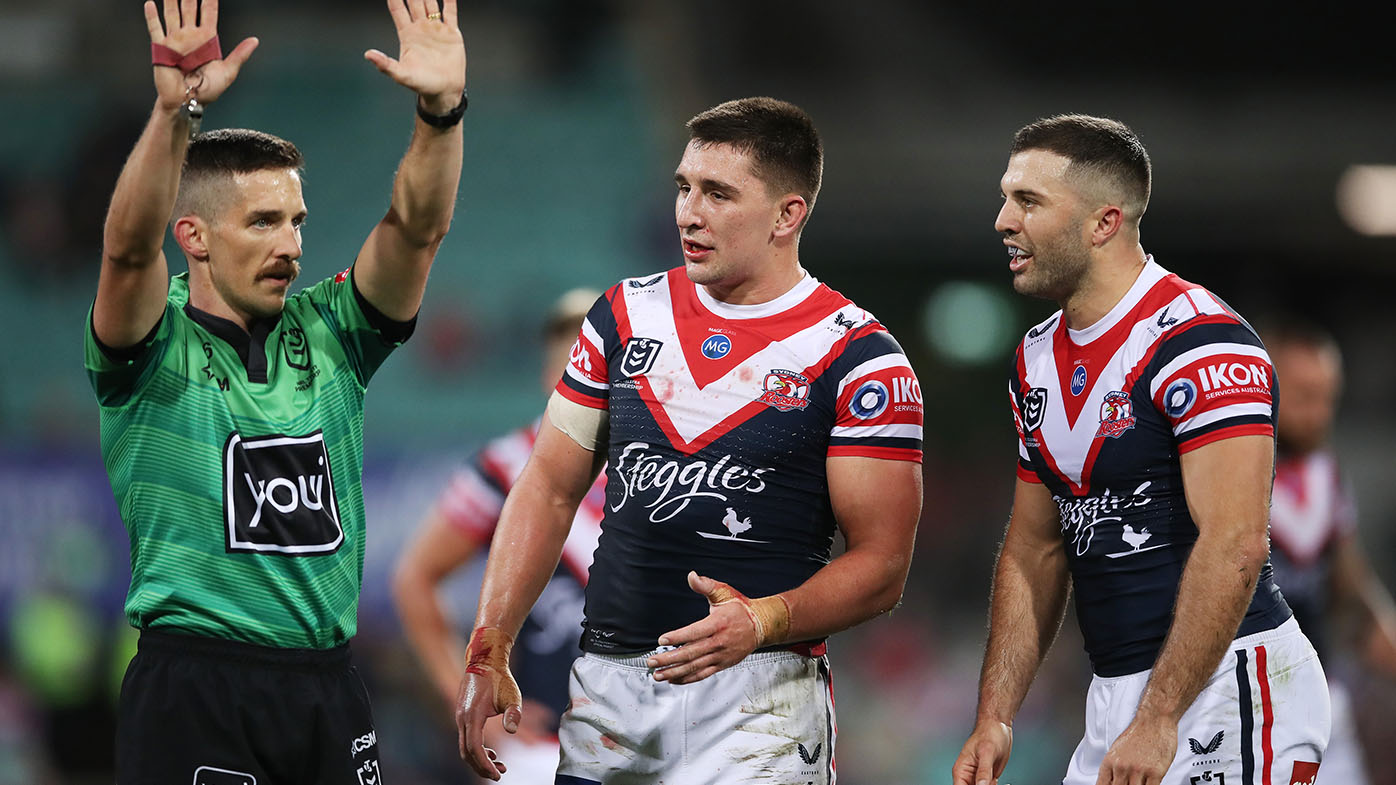 It's a delicate conversation, this crackdown. We want to protect players. We don't want to pan the game. But some of the things going on … far out.

I very rarely get into reading social media comments but having looked a bit during this crackdown, it's 99.9 per cent of people blowing up. Nearly everyone is unhappy with how it's being carried out.

It's always been against the rules to hit someone in the head. Nothing has changed there. But cracking down so hard on incidental contact in such a high speed, high impact game … that's hard to come to terms with. A penalty, sure. But a sin-bin and a four-week suspension?

The send-offs we saw in Magic Round? Sure, no problem. Radley getting reported four times in one game and sin-binned twice for going hard in defence and making largely incidental contact? I think those are the ones that frustrate people.

Then look at the other side of things. On Sunday, Daly Cherry-Evans makes a copybook low tackle on Isaiah Papali'i – who spins straight around for an offload to Clint Gutherson, who scores a try.

That's a perfect legs tackle and there's absolutely no reward for it. Not just in that instance, most of the time. It's not like the referee can say to the ball runner, 'Good tackle – wait for him to get to marker before you play the ball'.

There's a good reason why most tackles these days are up around the ball and that's before we even get into how many blokes get concussed by making low tackles, with heavy contact to the head from a ball-runner's hips, knees and elbows. 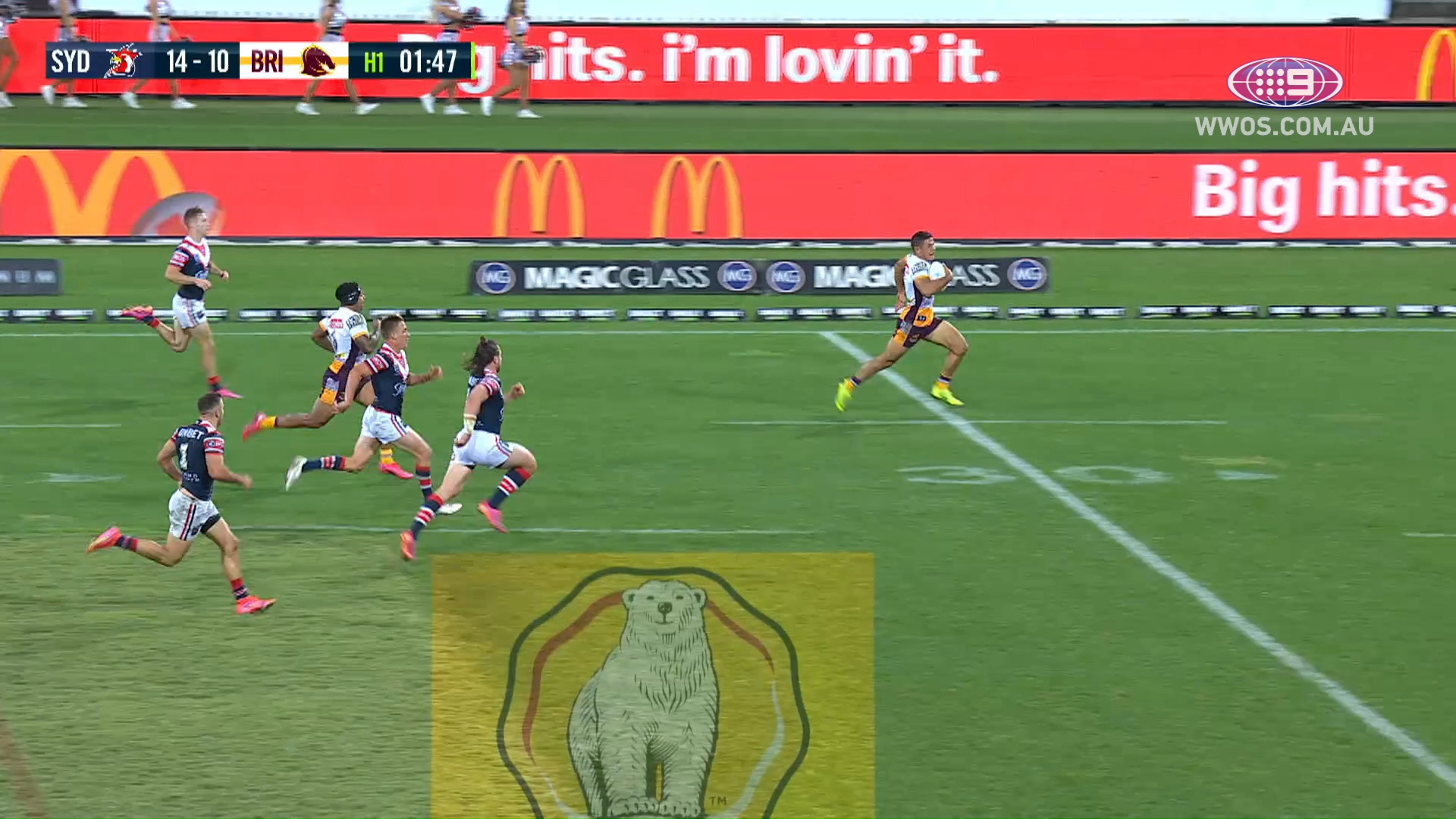 The big question I have from all of this is: what do they want the game to look like? To be honest, I'm not sure that the NRL themselves have the answer.

What do we want rugby league to be? Do we want to sanitise the game to the point where there's always a perfectly set defensive line and everyone makes a copybook legs tackle, with a man over the top carefully wrapping the ball?

I'm not for a second condoning high shots but unpredictable, high impact collision is a big part of what we love about this game. And we love the guys who make those moments happen, those guys like Victor Radley who will do anything to win.

Guys like that, ultra-competitive players who fly close to the edge and sometimes go too far, have always made the game exciting. Now, it's likely they'll end up suspended. 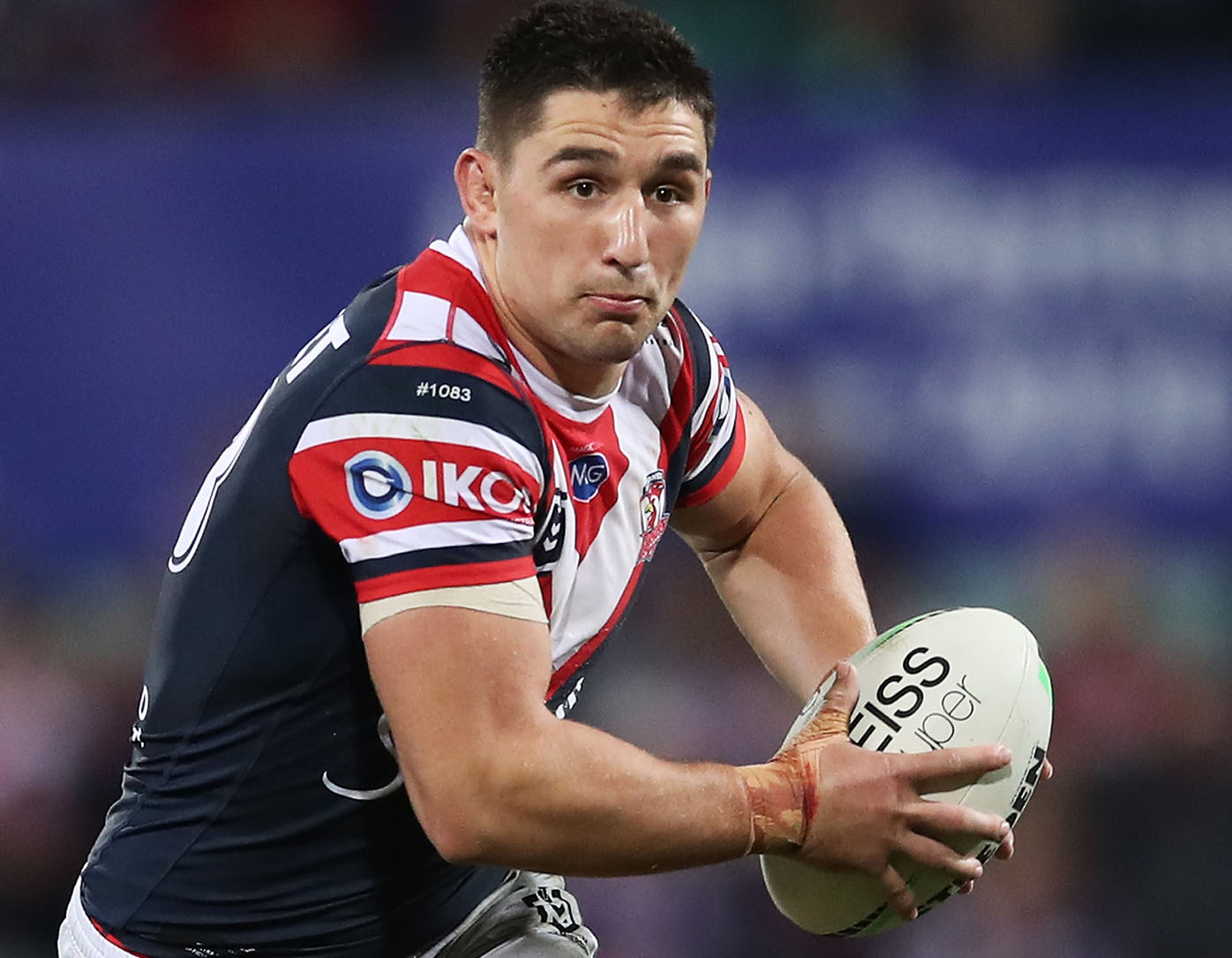 I just look at the sheer pace of this game, the size of the blokes playing it. Incidental contact has to be treated differently to blatant acts of foul play, otherwise we're seriously crossing the line with this crackdown.

And the NRL saying for so long that they want to bring fatigue back into the game – I think it's almost gone the other way now, due to the number of stoppages from penalties, captain's challenges and everything else.

Fatigue is only in games where the stoppages don't dominate … and then ironically, the fatigue makes it more likely that there will be high tackles. A quicker, smaller player goes to step a tired forward, they hang out an arm and all of a sudden, they're in the sin-bin for 10 minutes; which changes the whole look of the contest.

This trend of stopping the game to review and penalise minor things … I've never been a fan of two referees but seriously, have two refs, two touch judges and if they don't see something wrong, play the ball. If a player is hurt without obvious foul play, move the ball five metres to the side and play on.

If it warrants being cited and suspended later on, that's what the match review committee is there for. I just don't know where we're going with all this, what we've seen out on the field in the past two rounds.

Andrew Johns has revealed that he went to that Roosters vs Broncos game and actually walked out, it was so stop-start. I barely even know what to say to that.

That's a shame. That's arguably the greatest player of all time walking out of a game of footy because he can't stand what he's seeing. That's sad, to be honest.

So again: what kind of game do we want? And is what we're seeing now really it? 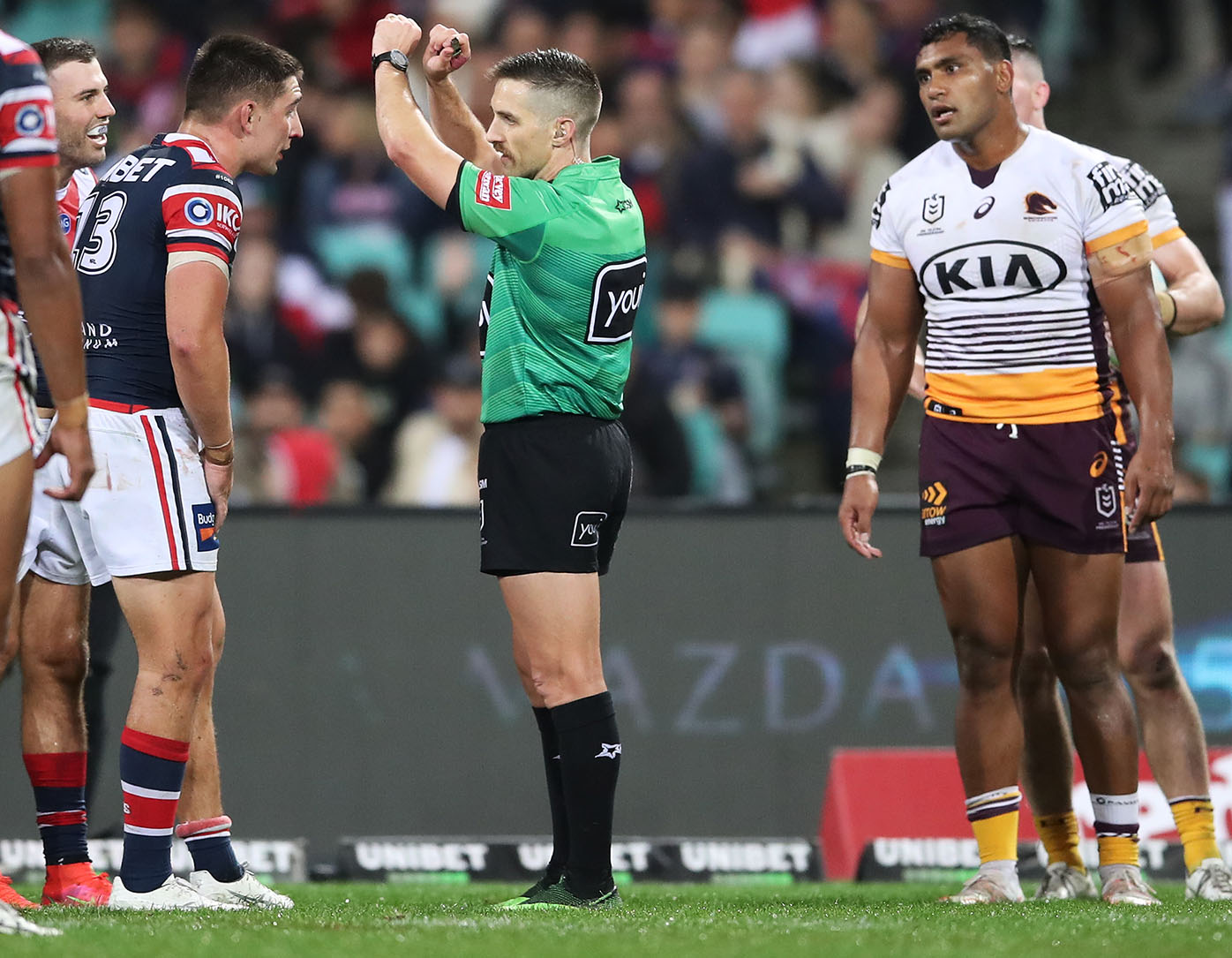 I first met Bob Fulton when I was 16, with Noel Cleal. He and Bozo used to go pig shooting together and I went to school with Crusher's son, Gareth.

I was so excited to tell my dad that I'd met him. I called him straight away. My dad had always told me just how good Bozo was.

At my age, I was never lucky enough to see him play. I didn't know him as a player.

Yet when I came to Cronulla, everyone talked about that 1973 grand final. If Bozo wasn't out there for Manly, the Sharks win it. He won it for the Sea Eagles on his own, they reckon.

He was a giant figure in rugby league, as a player, a coach and a selector; a role he held throughout my time in the NSW and Australian teams. I also spoke to him a couple of times when I almost went to play for Manly. 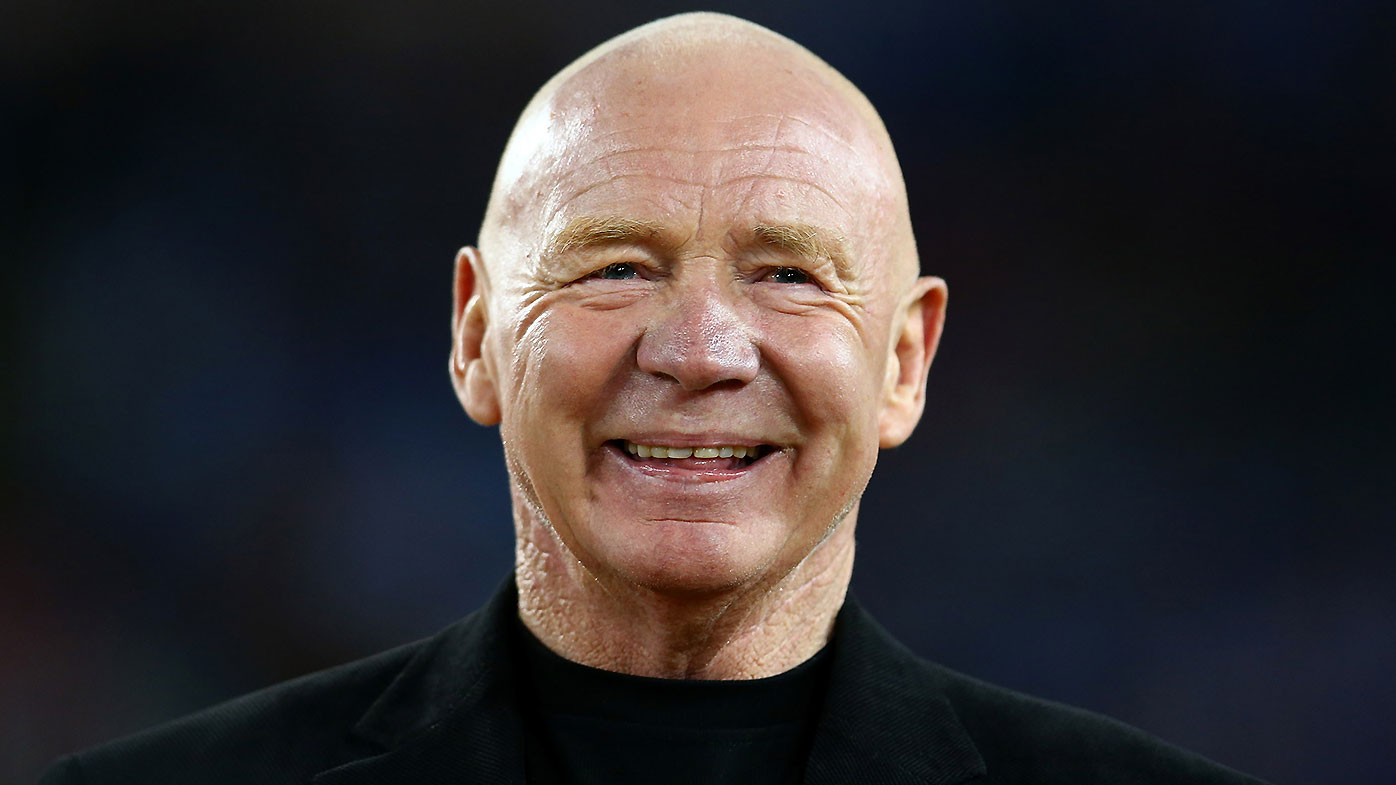 I never had a lot to do with him but I was lucky enough that a mentor of mine, Mal Greer, was really good friends with him; they actually had a holiday house together up at Port Douglas and had known each other for a long, long time.

After my playing career ended, I was fortunate enough to go to the holiday house when Bozo was there, for a barbeque and a few drinks. It was completely away from footy and I got to see what a good bloke he was.

Yet he also had that aura that special people have. To sit down and have dinner with him was a privilege.

When I heard the news of his passing on Sunday, I was very sad, as was Mal. It was a great shock for the entire rugby league community, from the fans to the game's most powerful people.

I didn't know that he was so ill. I spoke to Mal and he'd been aware, yet that was Bozo. He barely told anyone how sick he was. Never whinged, just got on with it.

He was known as a tough man and he was that way to his final day. Rugby league will never, ever forget Bob Fulton.