The NSW Waratahs' season from hell continues with the news that promising young playmaker Will Harrison will be sidelined with a hamstring injury.

The Waratahs are yet to confirm the details of Harrison's issue but he will miss at least Saturday's Super Rugby AU clash with the Western Force – and could be out for as long as six weeks.

The winless Waratahs showed significant improvement in a last-start 24-22 loss to the defending champion Brumbies, with Harrison devastated after missing a sideline conversion to send the match into golden try extra time.

The 21-year-old five-eighth has been battling niggles all season while operating behind a beaten pack and missed selection in the 40-man Wallabies squad that met in Sydney this week.

Harrison was a member of Dave Rennie's squad last year and will likely be replaced by Tane Edmed in the Waratahs backline.

However, the Harrison setback will be offset by the return after the bye week of Wallabies flanker Lachie Swinton to the NSW pack.

Swinton has been out since injuring his ankle in round five and should join Will Harris and Carlo Tizzano in the starting back row when co-coaches Jason Gilmore and Chris Whitaker unveil their team on Thursday afternoon.

READ MORE: A decade on, Queensland rugby is buzzing again

READ MORE: The most relieved man in Super Rugby 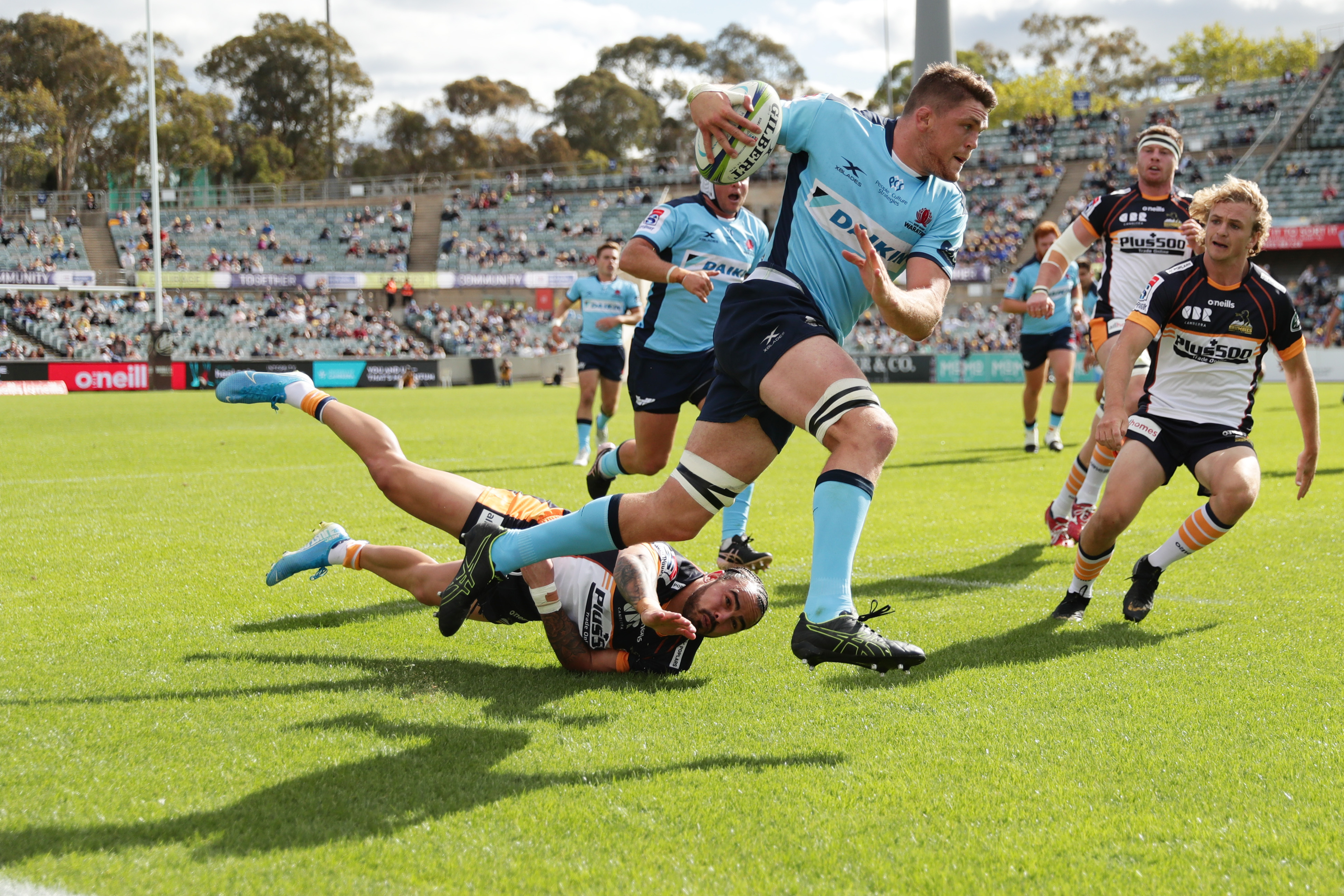 Rising No.8 Harris still holds finals aspirations ahead of the last two rounds against the Force and Melbourne Rebels.

"We're still in with a chance of the finals with the way that the results have gone so we have to win this game and the next to make the finals," Harris said.

"We've had a good bye week, haven't used it as a rest, more as an opportunity to build and get better.

"We see these last two as winnable games."