There's no two ways about it – 6-foot-4 dual threat "freak" Shohei Ohtani could be ushering in an era of two-way players.

The Japanese Los Angeles Angels pitcher/hitter phenom pitched a perfect first inning in the All-Star Game. That was after he led off for the American League as the designated hitter, grounding out to second.

It's a rare double dip.

Not even Babe Ruth stayed with doing both for much more than two seasons before phasing out pitching.

"It has to amaze everybody," Ohtani's home run-hitting rival Fernando Tatis Jr (28 HR) said during the All-Star game while mic'd up. 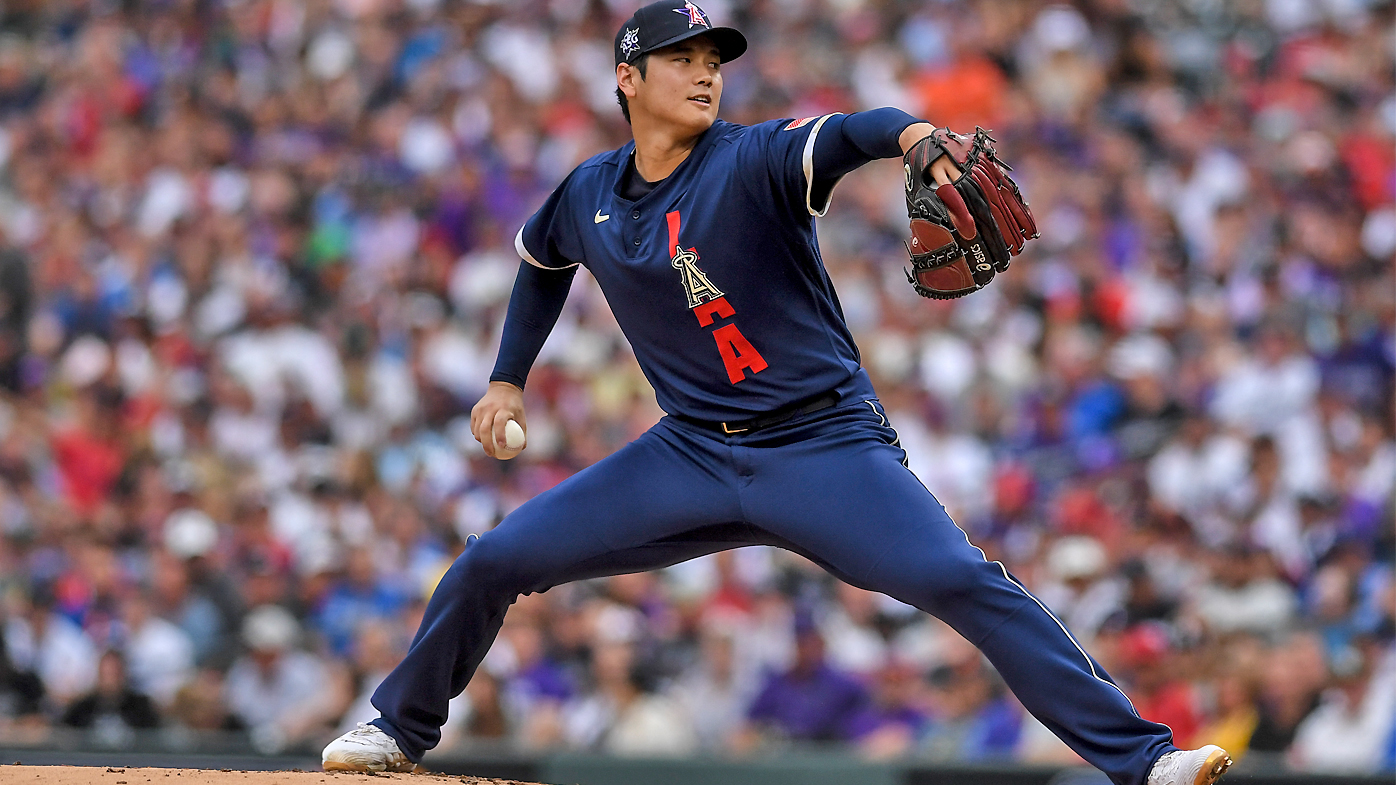 "People ever wonder if they want to see the legend of Babe Ruth – this guy is getting started on the same path, so hopefully he can be healthy and keep it going. It's going to be great for the game.

"What he's done in the first half of the season is amazing."

At the plate, 27-year-old Ohtani leads Major League Baseball with 33 homers, which is the most in franchise history at the All-Star break. On the mound, he's been just as dazzling with a 4-1 record and 87 strikeouts courtesy of a fastball that can touch 160km/h.

The time may be now to update the model, although most players concede they can't envision having enough time to practice both.

"It always takes one to hopefully have a trend," said Freddie Freeman, a five-time All-Star for the Atlanta Braves.

"I just don't know if anyone will do it like Shohei. That's one of a kind."

Freeman was once a dual threat — he said he was drafted by one of two teams who viewed him as a hitter. The rest thought his future might be on the mound.

"My elbow would've blown," cracked Freeman, who was taken in the second round by the Braves in 2007. "My elbow was hurting in high school."

"Ohtani's a freak. But there's no reason somebody else can't do it," said St. Louis third baseman Nolan Arenado, who was a closer in high school. "It's an incredible talent. You're so valuable to a team if you help on both sides."

The one obstacle: Finding time to practice both at a major-league level.

Dodgers right-hander Walker Buehler remembers picking up a bat at Vanderbilt — and being told to set it right back down.

"I'm very glad I don't have to try to (do both). I just try to get a hit every once in a while and feel good about that. I could never imagine doing what he's doing."

Same with Cleveland right-hander Shane Bieber, the reigning AL Cy Young Award winner who won't pitch in the All-Star Game due to a shoulder ailment. Bieber knows all too well what it's like facing Ohtani the hitter.

"Tough," explained Bieber, who's limited Ohtani to two hits in 10 at-bats. "I've never stepped in the box against him when he's on the mound. I don't really plan to.

"What he's doing is nothing short of spectacular."

Bieber said his days in the batter's box dwindled in high school for one reason: "I started sucking at hitting."

"It seemed like pitching was a better way to go, a better opportunity for my future," recounted Bieber, a fourth-round pick by Cleveland in 2016 out of Santa Barbara.

"The decision was kind of made for me. It sounds like (Ohtani) could open the door for a lot more guys to be able to continue their career as a two-way player instead of getting key-holed in one position or another."

Dodgers third baseman Justin Turner threw a little bit as a kid. Or, as he described it: "I stood on the mound and threw some balls to the catcher."

He can't fathom being a two-way threat like Ohtani.

"Hitting is hard enough," Turner said. "But pitching every fifth or sixth day? Putting that on his plate is crazy. It's mind-blowing." 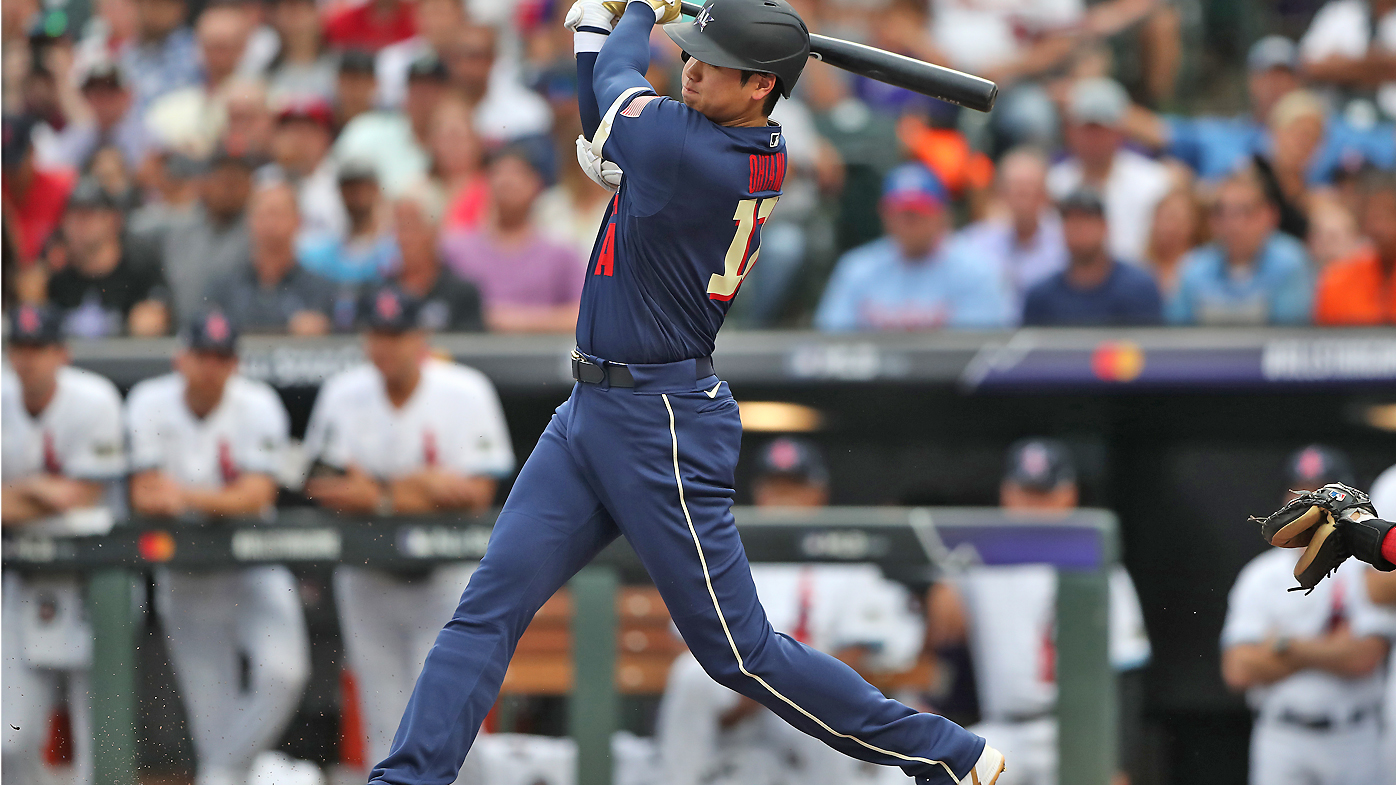 For a daily dose of the best of the breaking news and exclusive content from Wide World of Sports, subscribe to our newsletter by clicking here.