It took Nick Kyrgios all of a few minutes to bring the fireworks to the Australian Open, ordering a member of his player's box to leave his first-round clash against Portuguese underdog Federico Ferreira Silva.

However, he later denied that it was his brother Christos' partner, Alicia Gowans.

Kyrgios was asked about the incident post-match after screaming: "Tell your girlfriend to get out of my box."

"Mate, I'm a nutcase when I'm on court. It was just heat of the battle type stuff. It was just being out there, all those emotions again, you outlet into people you know have your back and you know that's not going to change.

"A lot of people can relate to outbursting, you know, you just need to verbalise it and lash out on someone sometimes and then I calm down and start playing some decent tennis."

Watch the Australian Open with live streams of every court at 9Now. Click here to start watching!

After almost a year away from tennis, Kyrgios' composure was tested early when he had his first service game of the tournament broken and coughed up a 2-0 lead.

At the drop of a hat, Kyrgios began his usual muttering, yelling at his player's box to "wake up", in an effort to help him get into the game.

"Are you awake?!" Kyrgios barked toward his box. "You're saying one thing for two games.

In the midst of a mammoth deuce battle the very next game, Kyrgios appeared to take umbrage with a member of his entourage, ordering them to leave the stadium.

"Tell your girlfriend to get out of my box," he screamed. 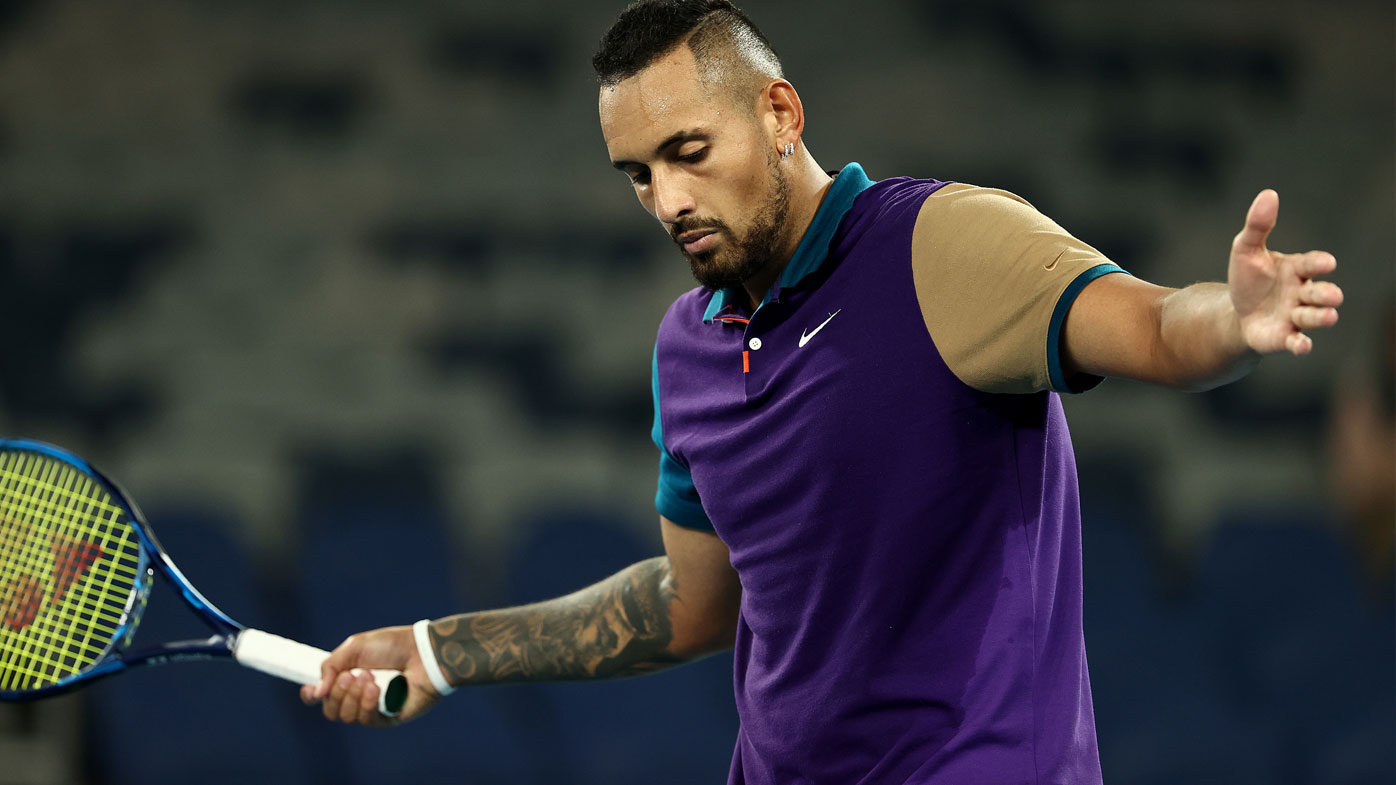 While it was fiery scenes from the Aussie, the crowd (who have become more than accustomed to Kyrgios antics') were hardly fazed with the outbursts – and the fan favourite soon got his head in the game.

Breaking Ferreira Silva back, Kyrgios began to find his stride and serve as he raced away to a crucial 6-4 first set, not before throwing in a cheeky underarm serve for good measure.

Kyrgios managed to shake off his early antics to march away with the match in straight sets (6-4 6-4 6-4) and set up a second-round clash with 29th seed Ugo Humbert.

"Honestly it was pretty average," Kyrgios said when asked to rate his performance by Jim Courier. 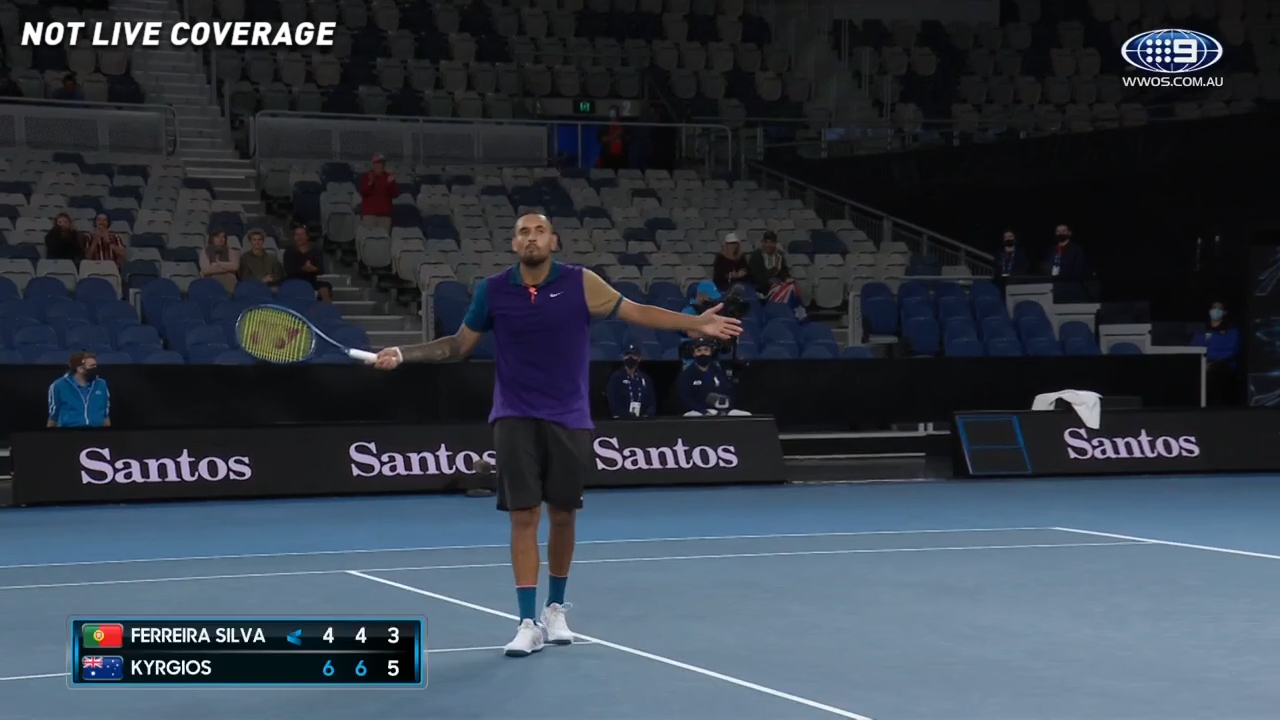 "I haven't played a grand slam match in over year, I was very nervous walking out here. I knew I was going to be able to produce anywhere near my best tennis, I'm just happy I got through."

Despite Kyrgios' admission, it seems he found enough flare by the end of the match to pull off an incredible 'tweener volley that left everyone at John Cain arena gobsmacked.

Kyrgios will have a day off to recover before returning on Wednesday for his second-round clash.