Brisbane Broncos director Darren Lockyer has indicated that $1 million per season playmaker Anthony Milford is all but finished at the club.

Milford is in the final year of his current contract and was just dropped for the second time this season, pushing him closer to the exit door. His brilliant 2015 grand final performance, in which he was seconds away from a Broncos premiership and a Clive Churchill Medal, is a distant memory.

"There'd be clubs out there that are looking at what he's capable of. You've only got to look back to the 2015 grand final, he was probably the best player on the field," Lockyer said on Wide World of Sports' QLDER.

"I think there'd be coaches out there, if it's not going to be the Broncos … let's be honest here, his time at the Broncos is coming to an end and unless he really turns it around, it's going to be hard for him to stay there.

"I agree with Wal, I think there's a lot of positives with him to play at one (fullback) because he is an eyes-up footballer and he can just go out there and play what's in front of him. I think at five-eighth at times, he's probably had to think too much about what he's doing.

"Also to that point, someone like Adam Reynolds coming to the club in the seven might actually be the best thing for Anthony Milford. But whether that eventuates, I guess that's now up to Anthony and what he does between now and the end of the year."

Lewis said that fullback, where Milford has been tried by Brisbane during his form woes, still seemed the maligned star's best position. He said that Milford, often criticised for his fitness, seemed to become exhausted in the defensive line.

Milford burst on to then scene as a fullback at the Canberra Raiders, before being lured to Brisbane by Wayne Bennett with the goal of becoming a superstar No.6. 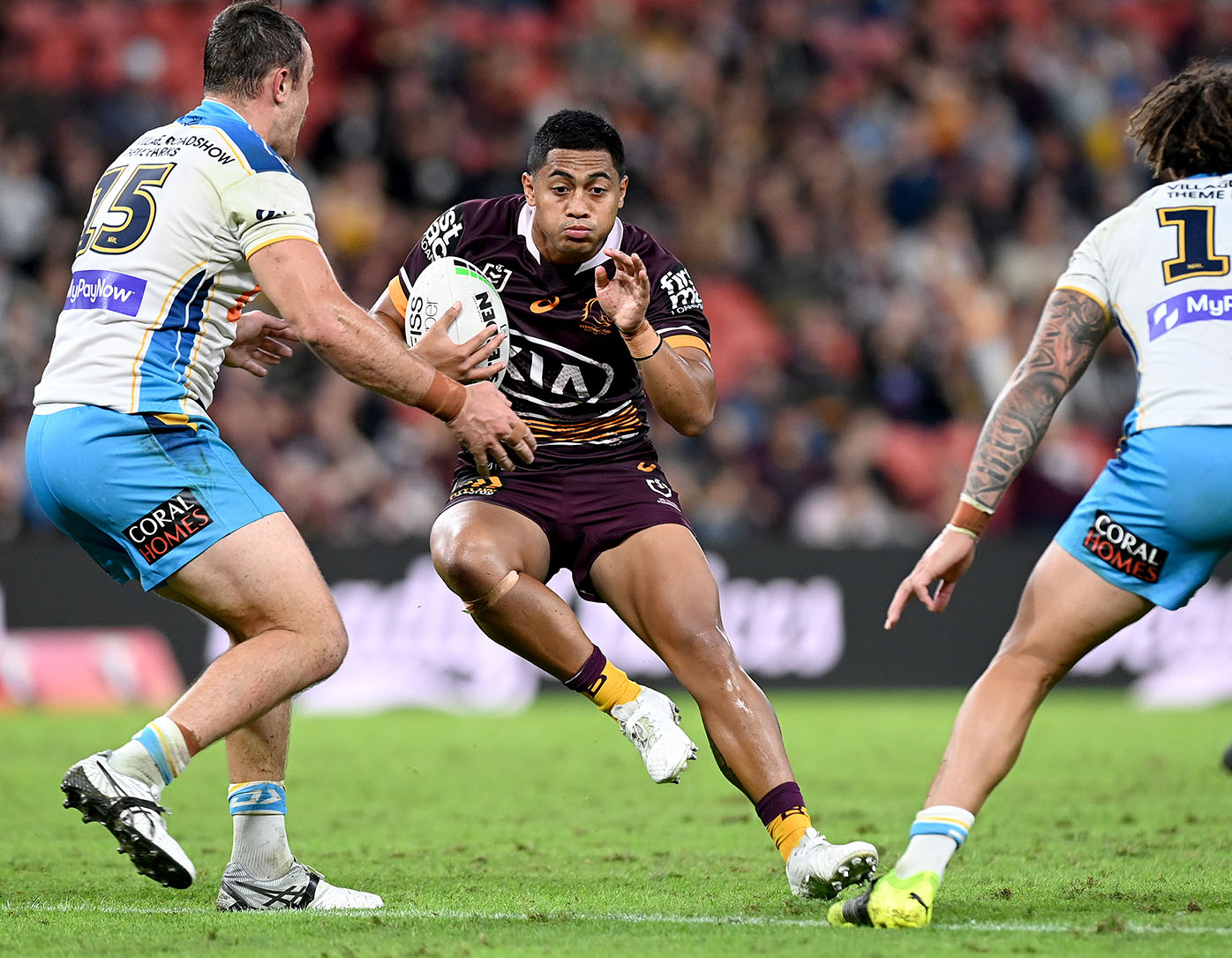 "He's been struggling to produce his best. He's a much, much better footballer than he's been displaying over the last couple of matches," Lewis said on QLDER.

"I guess it's very difficult to expect that one guy's going to be the backbone of the side whilst the rest are doing it a little bit tough.

"I still have the opinion that he's a much better fullback than he is a five-eighth. Whilst he's playing at fullback, he can inject himself whenever and wherever he likes in the backline, to just run into holes that he sees in the opposition defence.

"Whereas whilst he's playing at five-eighth, he is constantly being targeted by the opposition big men that are running their plays at him, just to try to take a lot of petrol out of the tank for when he does go into attack.

"I could well be wrong but he just appears to be absolutely out of gas by the time that the Broncos get to about the halfway mark in the game, he looks like he's done 15 rounds with the champ and is really struggling to stay up.

"I know he's not the only player in Brisbane, they've all been tired consistently throughout the course of the game; but in his earlier days watching him play at fullback, whenever the defensive line was on, he was back there, he wasn't getting called upon time after time after time to come up and make a tackle on one of the bigger, more powerful forwards in the opposition. 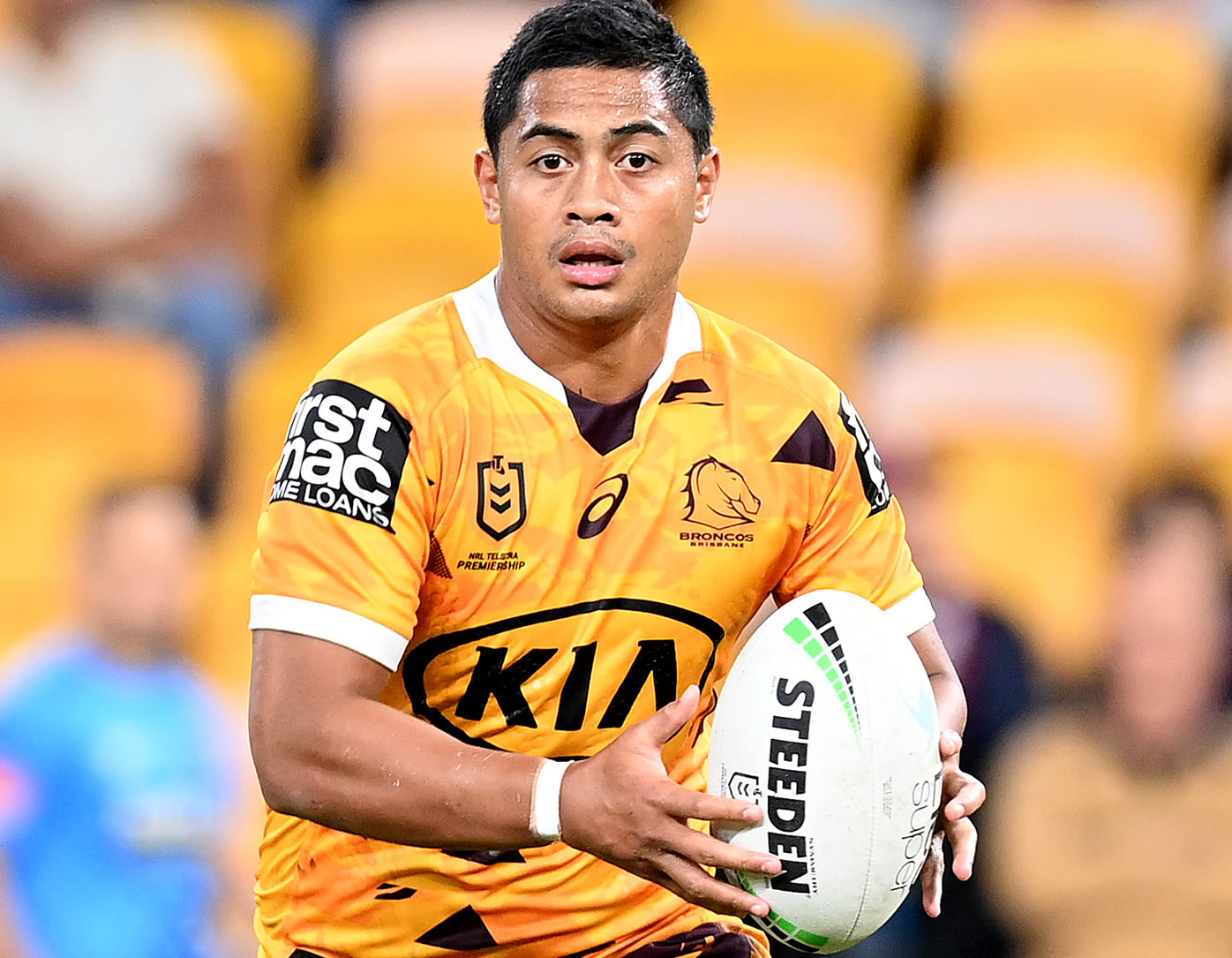 While Rabbitohs premiership-winning halfback Reynolds will fill the Brisbane No.7 next season, gun centre Kotoni Staggs has been touted as the club's long-term No.6. Storm star Nicho Hynes has been pursued as a potential signing at fullback.

Milford has been linked with a possible move to the Cronulla Sharks, which would likely come with a significant pay cut. At a reduced rate, other clubs may well take a punt on the former Queensland State of Origin representative, who remains a genuine gamebreaker on his day.

The Broncos have had a nightmare in the halves this season, failing to land on a winning combination with Milford, Tom Dearden, Brodie Croft and Tyson Gamble in the mix. Ex-Titans star Albert Kelly has replaced Milford for Saturday's away game against the Roosters, while veteran dual international Karmichael Hunt is also in the Broncos system and may get another crack at the NRL in coming weeks.