Lewandowski edged out Lionel Messi and Cristiano Ronaldo to win the award. The striker has enjoyed a phenomenal season for Bayern Munich.

He shone for the German giants as they won the treble in 2019/20 with the Bundesliga, DFB-Pokal and Champions League.

MAILBOX: Football is not basketball, and other observations

The Polish international scored 55 goals in just 47 outings in what has been the most prolific year of his career so far.

This is the first time that Lewandowski has won the accolade. As cited by BBC Sport, the forward said it was “unbelievable” to win it:

“If you win such an award and share that title with Messi and Ronaldo, that is unbelievable and it means so much to me.

“A long time ago, I remember I was longing for something like this and now I can win such and award. This really means, regardless of where you come form, all that matters is what you put into it.”

Manchester City defender Bronze was preferred to Pernille Harder and Wendie Renard for this year’s accolade. She is the first-ever English player to win the best player award.

Bronze was nominated in 2019 as well, but Megan Rapinoe was selected as the winner last year. This award tops off what has been a superb year for the defender.

The Lyon star has won the league, cup and Champions League treble this term with the French giants. Bronze said it was a “surprise” to even be nominated:

“What a surprise, to even be nominated alongside the two other players, they are both incredible players and outstanding human beings well.

“I don’t think I have the words right now to explain how I am feeling. If there is anything 2020 has taught us it is to appreciate every moment you have, never look too far ahead and live in the here and now.

“I will appreciate winning this award now more than ever and I will remember this moment for the rest of my life.”

Elsewhere at the awards, Heung-Min Son won the FIFA Puskas Award for his incredible solo goal against Burnley in December 2019.

Jurgen Klopp was also named as FIFA’s coach of the year for the second year running. 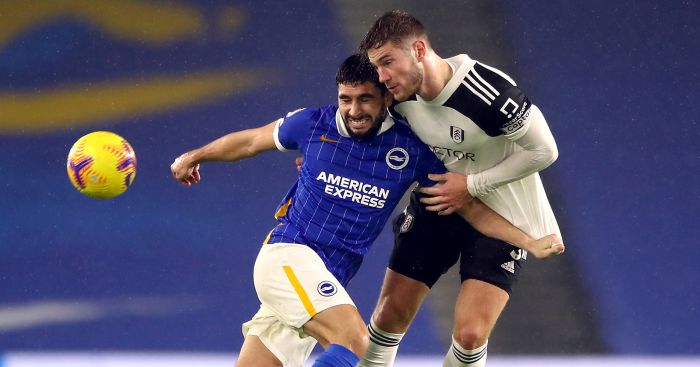