Power finished less than half a second behind Alex Palou, who scored the first win of his IndyCar career.

Chaos reigned on the opening lap of the season, eliminating a number of drivers expected to contend for the championship this season.

"I got loose coming over the hill and then touched the grass. I think once I touched the grass I'm basically sideways," said Newgarden, a two-time series champion and last year's runner-up. "I feel really bad for anyone who got involved in that. Obviously my mess created a bigger mess, so any of the cars that got involved I'm really sorry because it was us that tipped it off."

Herta, who finished third in the championship last year, was philosophical about the early dent to his title hopes, noting that there's still 16 races remaining.

"This sucks, man, and I'm ready to get out of here," he said. "It's such a competitive year and guys are going to have bad races and guys aren't going to do well everywhere.

"It obviously sucks for us because now we're on the back foot but we have plenty of races left to get back in it."

Power was just 1.8 seconds behind race-leader Palou with seven laps remaining, but wasn't able to make the pass for the win.

"I made one little mistake in (Turn) 9, but with the amount of Push-to-Pass I had left, it could have been pretty good," Power said. "We had to save some fuel, but I had enough to use Push-to-Pass the last two laps.

"It just blew my mind how fast Alex was in that first stint. I had absolutely nothing for him. He just pulled away, so I figured he was on a three-stop race. I was getting the best lap time I could for the fuel number." 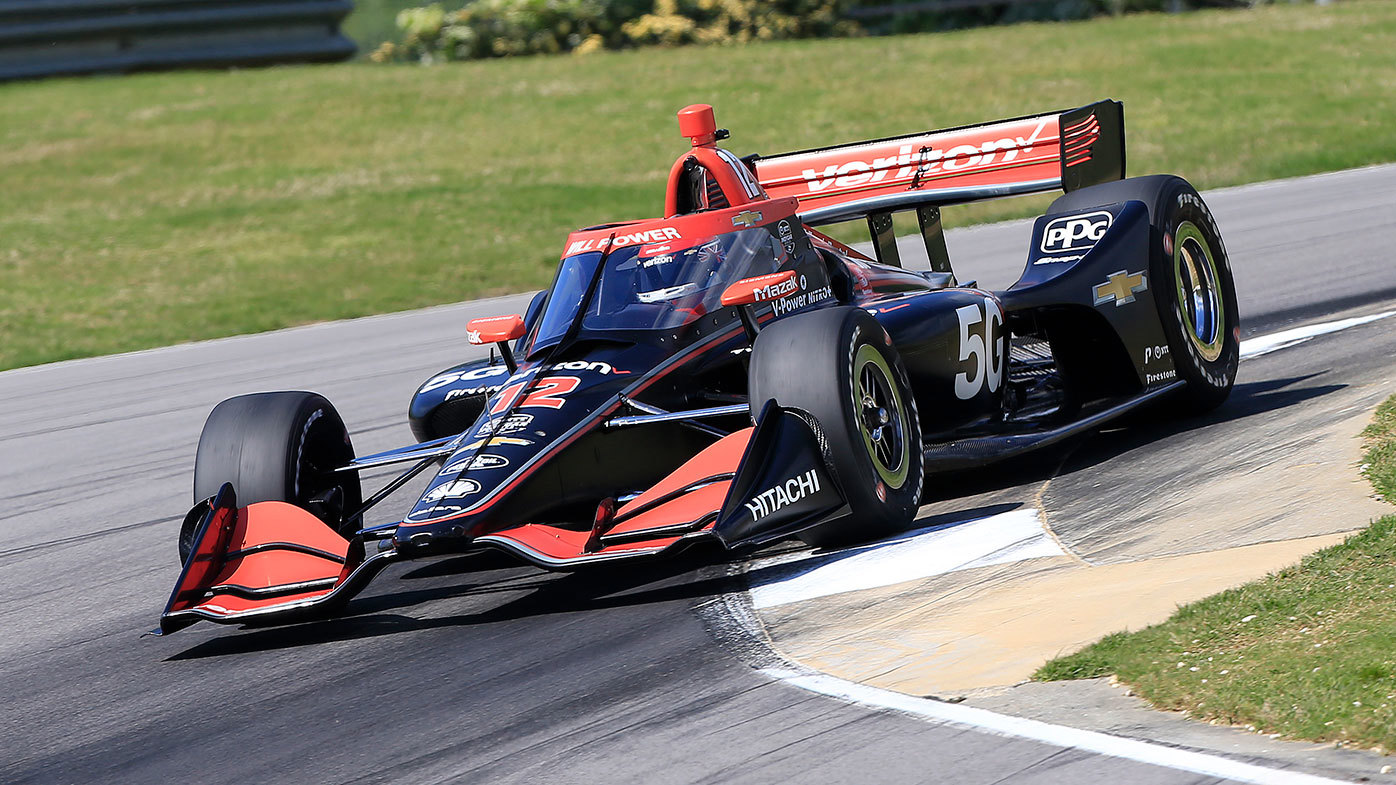 The three high-profile rookies in the field all made it to the finish. Former Formula One driver Romain Grosjean, in his first race since a horror crash at the Bahrain Grand Prix last year, was the best of the three in 10th place.

McLaughlin, who started 12th, finished 14th, and said after the race that he's still learning how to get the best out of the car.

"I got held up a little mid-race, which was a little bit disappointing, I just didn't know the capacity of the car and was a bit nervous, I just wanted to get one race under my belt," McLaughlin said.

"Ended up doing a reasonable move, but it just took too long."

"Just a ton of learning experiences throughout the day," Johnson said. "I just can't say too many times how different this is and how specialized this craft is."