Heavyweight sensation Justis Huni insists that his No.1 priority remains an Olympic boxing gold medal, despite his hectic schedule in the pro ranks.

The Tsoye fight is a relatively low-key affair, while he will concede most of the purse to Gallen when they clash in three weeks. The Tokyo Games are foremost in Huni's mind. Australia hasn't had an Olympic boxing medallist since Grahame Cheney at Seoul 1988 and Huni intends to go one better than his silver.

"The Olympics for me are still my No.1 priority at the moment, I really want to just tick that off. I think I've got what it takes to get the gold medal around my neck and all of this is all in preparation for it," Huni told Wide World of Sports.

"It's just very exciting times ahead for myself, I'm embracing it and taking it all in as I go. Gallen sets the perfect platform for everyone in Australia to get behind me. It's going to be awesome."

Somewhat overlooked is why Huni went pro late last year, despite the looming Olympics. He simply had to, says his father and trainer, Rocki Huni. There are few willing opponents when you have the skills of a potential heavyweight world champion and most of them are overseas. Staying amateur was the original plan, yet wasn't a workable option.

"We can't get fights in the amateurs, so we've got to take what we're given," Rocki Huni told Wide World of Sports.

"These [professional] guys are willing to jump in and fight Justis, so it all works for us. At the end of the day, he's getting ring time and that's what he needs leading into the Olympics.

"That's why he's always fought overseas, we can't get fights in Australia. It just makes it hard when you're here and you've got no one to fight in the amateurs. You've got to go pro, which is something we obviously didn't want to do until after the Olympics. But with COVID [travel restrictions], it forced our hand." 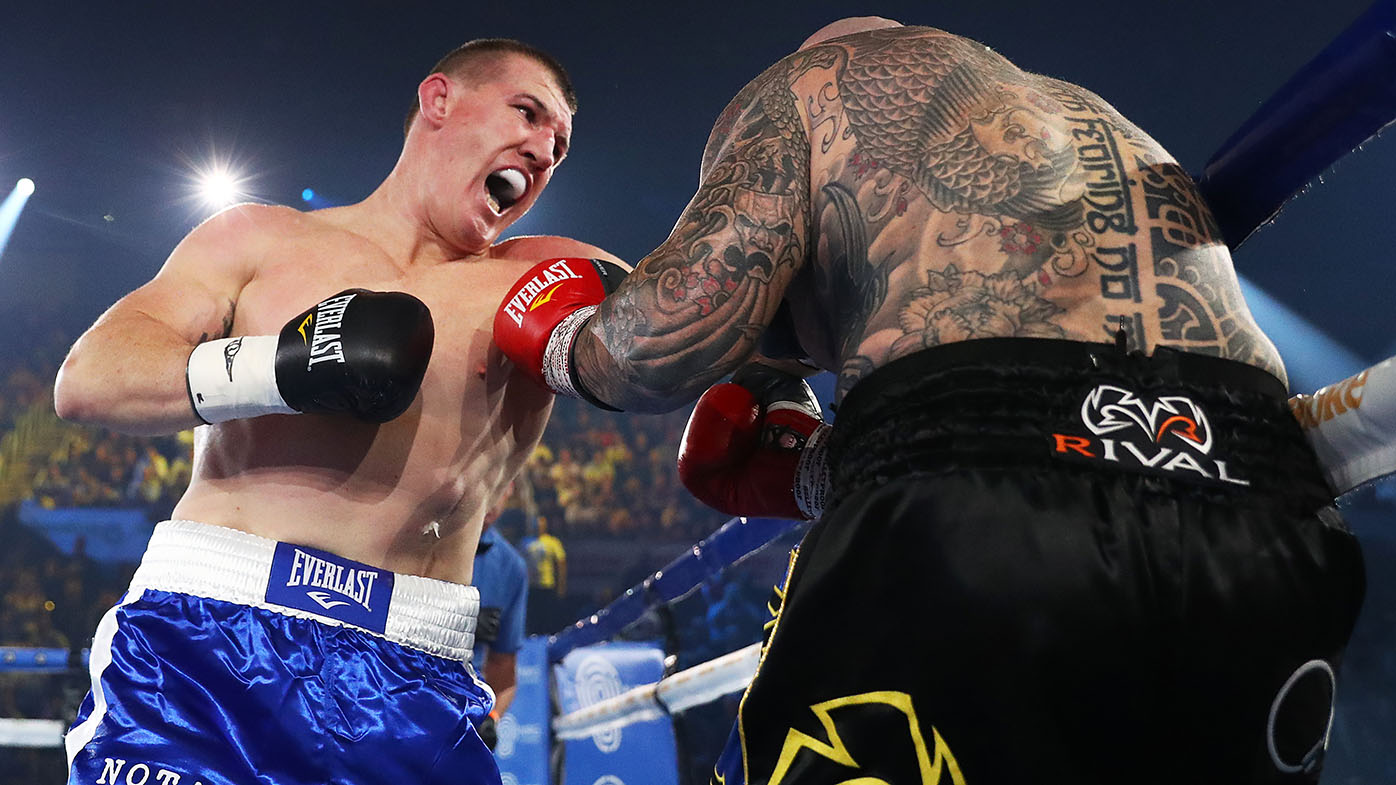 The added bonus with Gallen, obviously, is the publicity that the NRL legend brings. The Huni camp has made no secret of leveraging Gallen's polarising brand of fame to boost their rising star's profile.

Gallen, with a touted $1 million pay day at stake, has been openly upset about Huni fighting Tsoye beforehand. The 22-year-old's camp are confident but admit that there is an element of risk.

"He's a heavyweight, so one punch could change the outcome that we want. But Justis will use his boxing skills, he should be fine. He'll stay long and hopefully box his ears off."

Justis Huni said: "I think everything will work out, I'm comfortable. The team and I sat down and spoke about this and the risk. But if I just box my fight, stay long and control it, everything will go to plan." 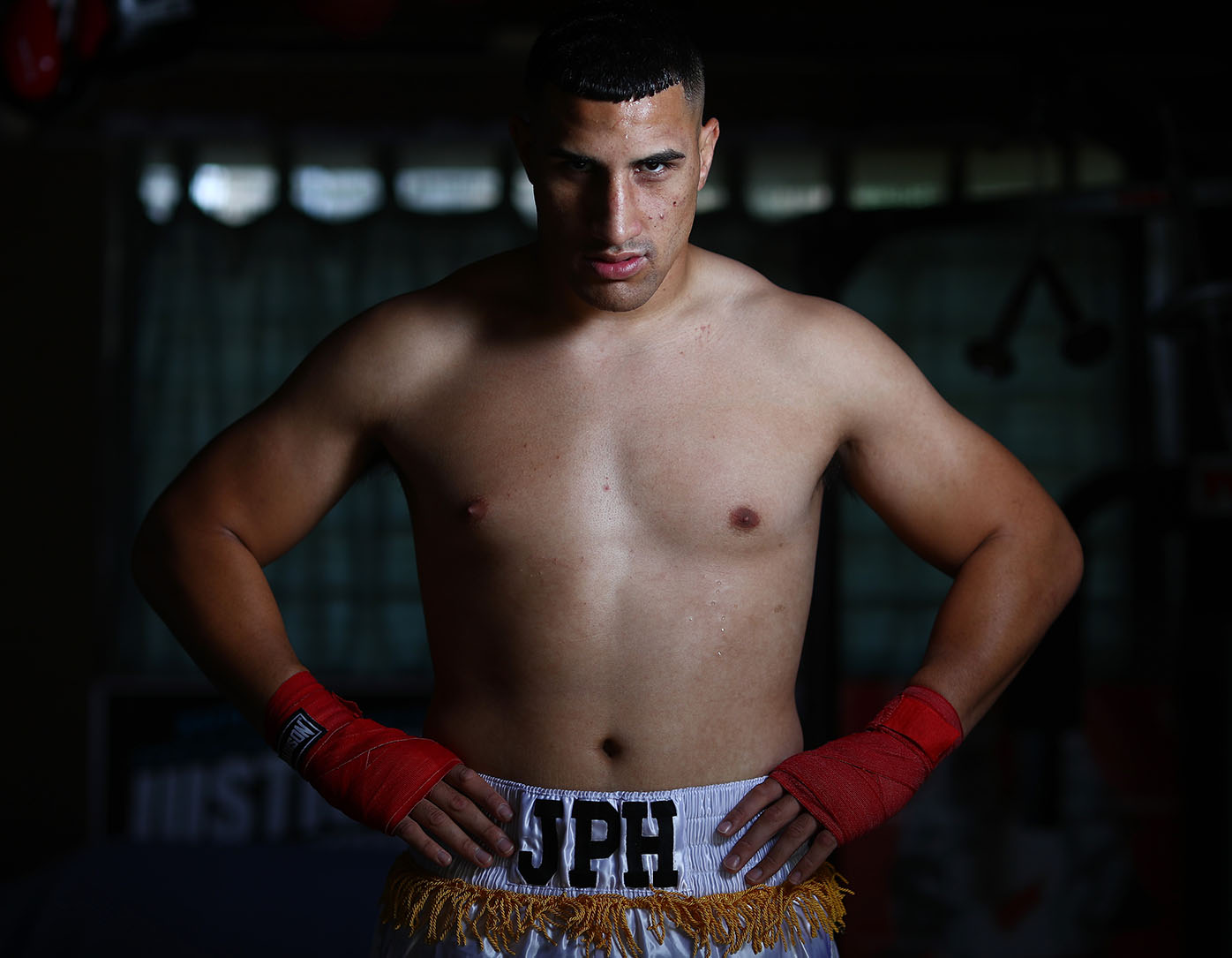 Yet the Tsoye fight almost didn't happen, after Huni had an adverse reaction to a COVID-19 jab. A May 12 shot left him with a dead arm and also a delayed reaction of flu-like symptoms.

His sparring program, already a challenge in terms of getting suitable partners, was severely disrupted and had to be crammed in dangerously close to the bout. Huni sparred 30 rounds from Wednesday to Friday last week, when sparring would normally end about 10 days out from fight night.

"The reason why you don't normally do that is one, it fatigues you massively; just like having a 10-round fight. Secondly and most importantly, risk of injury," Huni's promoter Dean Lonergan told Wide World of Sports.

"But at the start of the week, I was talking to Rocki and he was very unhappy with the way things were panning out, had thoughts about pulling the fight.

"By the end of the week, he was extremely happy; the flu had gone and he got in enough rounds of sparring, he couldn't be happier." 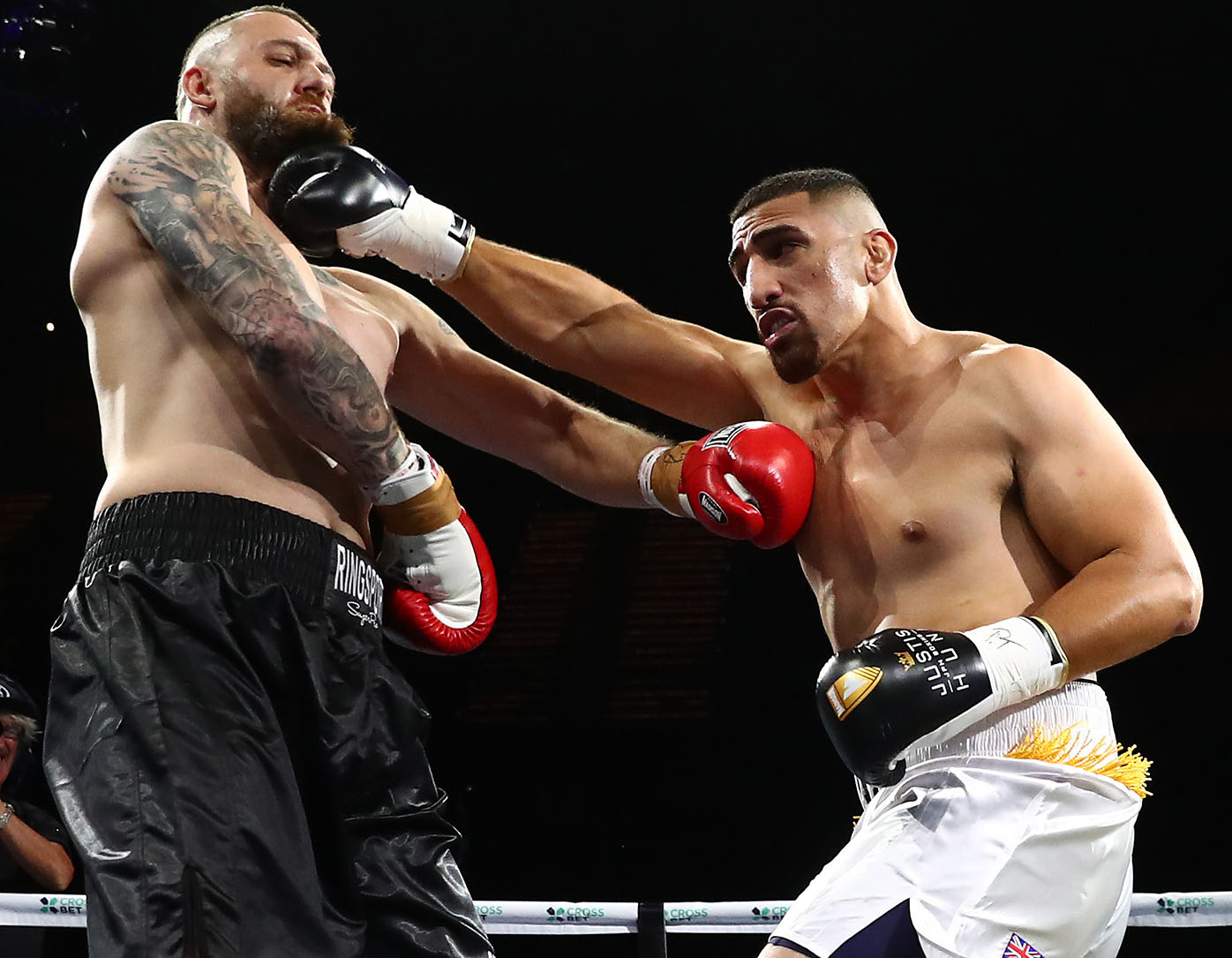 Rocki Huni called in the big guns for his last-gasp sparring. Former Australian heavyweight champion Will Nasio and big Kiwi Semisi Kalu did alternate rounds over the three days, with instructions to throw their weight around.

"Both boys were over 130kg, so they had a little bit of weight behind them, they could push him around, which is what I wanted; someone to rough him up a bit," Rocki Huni said.

"Having the COVID shot and then not being able to do the rounds, I was a bit worried that he was going to go into the ring underdone. It's not something we usually do but we tried to jam it in there and if he pulled up fine after three days, we were going to go ahead with the fight, which is what's happened.

"He was a little bit sore, a little bit fatigued on the last day but I gave him two days off, Saturday to Sunday, and he seems to be recovering all right now."

Justis Huni said: "It's very unusual, usually we wouldn't be doing such a heavy load of sparring this close but I had to do it," Huni said.

"The sparring in this camp wasn't my best in terms of how much I was getting. That's the reason we had to push it so close to the fight, I had to get the rounds in so that leading into the fight, I know I'm fit and ready and I can go the 10 rounds.

"You're going to have a bit of soreness in the body, doing 30 rounds in three days, but I took care of that over the weekend. I've done the recovery and I'm good to go." 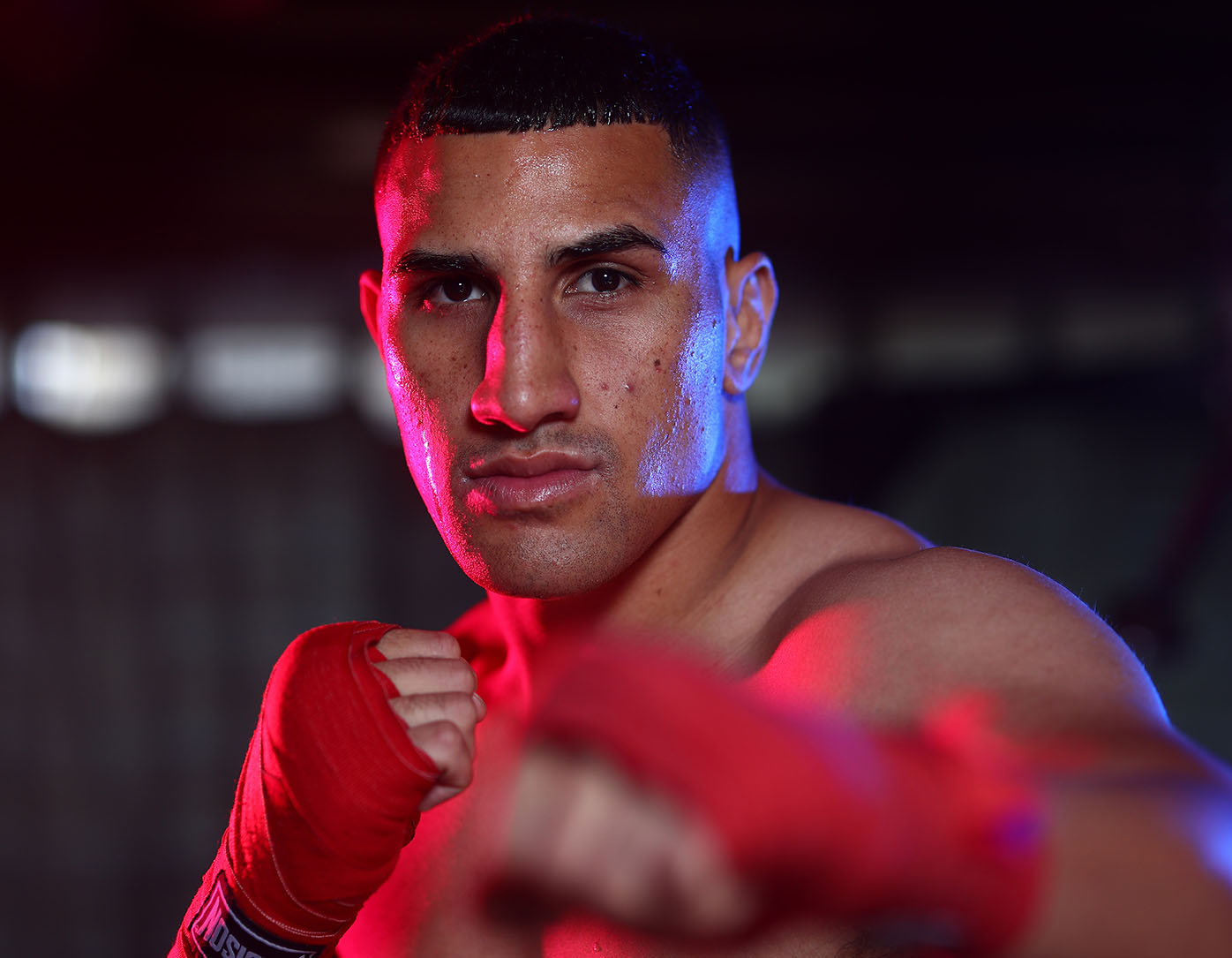 Despite finishing each of his three pro fights thus far by stoppage, Huni isn't a knockout artist as such. He is a smart mover with beautiful angular punching, which he intends to employ against Tsoye and Gallen.

The ring time in the two fights is key heading into the Olympics. The fitness and durability that Gallen in particular will offer over 10 rounds is seen as a valuable test.

"I'm going to go out there and I'm just going to box. I'm not looking for any knockout or anything, if I just box to the best of my ability, the stoppages and knockouts will come. I'm looking at going out there, boxing and showing everyone what I've got to offer," Huni said.

"For sure, they're going to be very valuable rounds. Gal's a very good athlete, he's always 110 per cent ready and prepared. It's going to be an awesome fight, you don't want to miss it."