Wallabies star James O'Connor has bared his soul in an emotional interview about his rollercoaster rugby career – admitting he was once "living a lie."

The former bad boy of Australian rugby is now one of its most mature and grounded figures and at 30-years-old will captain the Reds in front of a packed Suncorp Stadium in Saturday's Super Rugby AU grand final against the Brumbies.

O'Connor was sacked from the Wallabies in 2013 after a series of off-field incidents and then arrested in Paris in 2017 for possession of cocaine.

"I wasn't playing well so I started chasing things off the field," O'Connor told Roz Kelly in an interview that will air in full on Nine and Stan Sport's pre-game coverage on Saturday.

"Lowest point was I couldn't get out of bed for weeks at a time. Couldn't face people, I used a lot of substances to get me to that place, to be able to face the world.

"Because I was living a lie."

"He got emotional," Kelly said.

"It's been a journey for him, a rollercoaster but it's great to see him back at the top of his game."

READ MORE: Why Thorn benched his captain for grand final

READ MORE: The forgotten Wallabies star left out in the cold 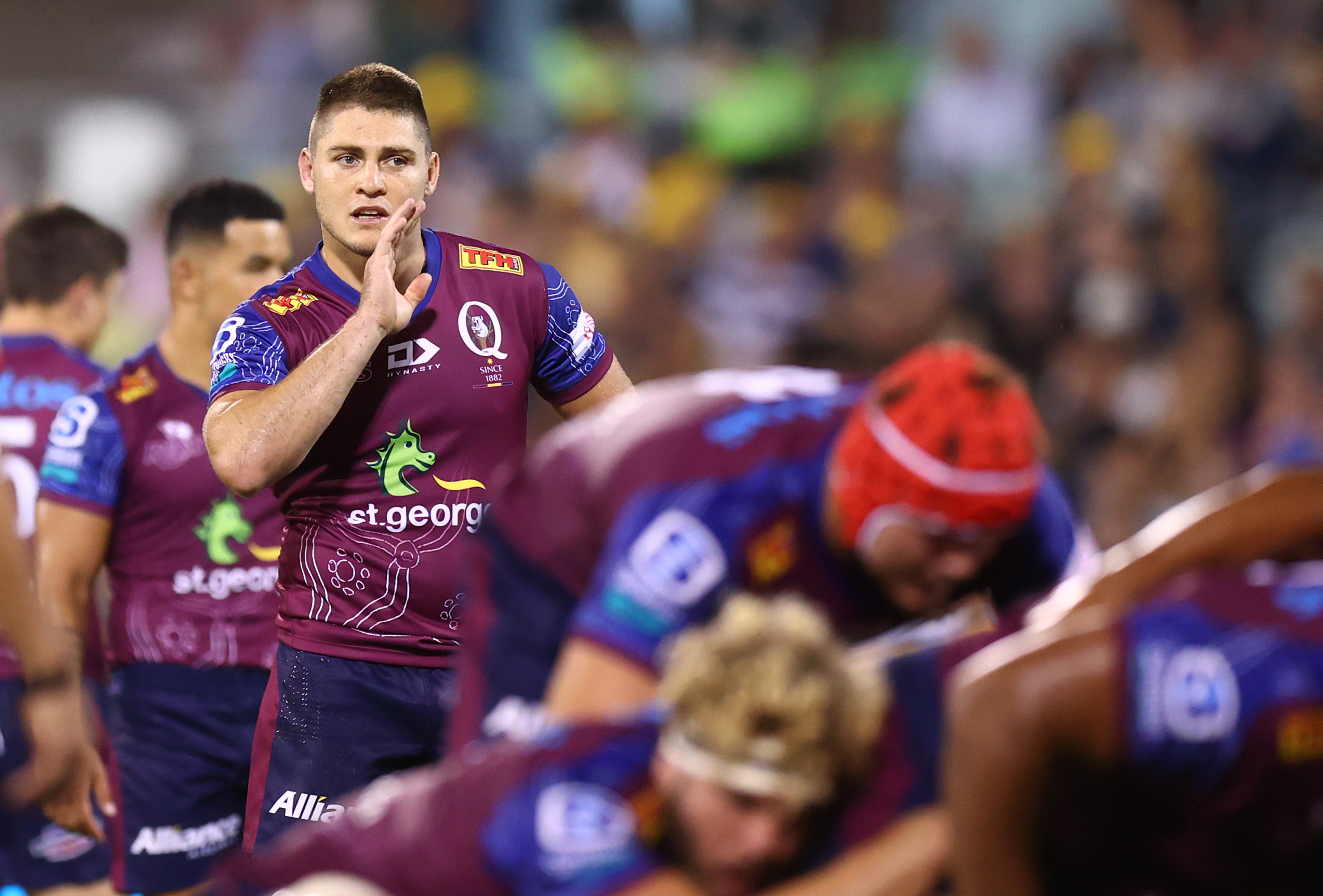 Indeed O'Connor was voted by fans as the Super Rugby AU MVP this season after piloting Queensland to a home grand final.

With skipper Liam Wright injured for much of the year, O'Connor stepped up superbly as a leader.

So much so that Reds coach Brad Thorn has trusted him with the reins and dropped Wright to the bench for the highly anticipated rematch with the defending champion Brumbies.

The man who will be tossing him the ball on Saturday, Queensland halfback Tate McDermott, spoke glowingly of the five-eighth's influence on Stan Sport's Rugby Heaven on Thursday.

"James is a lot older than a lot of the boys in the team but the boys love him," McDermott said.

"Boys look up to him – Josh Flook came out and said he was his idol so the boys absolutely love having him around. He's actually very serious when we get on the field, he's our captain but off it he loves to have a joke around, particularly boys like Hunter (Paisami) and Jordy (Petaia), he's very good with them.

"You've seen their development and I think a lot of that has to do with how James has mentored them and shared his wisdom… James' arrival was awesome for us and probably kickstarted this revival for us. James is really special to play inside."