The Foxes closed in on a Champions League return after red-hot Iheanacho struck again to beat the Eagles at the King Power.

The forward’s late winner – his 14th goal in 14 games – clinched a 2-1 victory to leave the Foxes three wins away from booking a top-four spot.

Timothy Castagne had earlier cancelled out Wilfried Zaha’s opener as the Foxes, who sit third in the Premier League, were forced to dig deep.

Speaking after the game, Rodgers told BBC Sport: “It was a very important win for us. It was the third game in nine days so a tough schedule.

“Going one behind against a Roy team, they’re super organised and tough to break down. I thought the players were outstanding. They kept the calmness and control and scored two very good goals.

“[Scoring early into the second half] definitely helps. It sets us up. It settled us. We could then control the rest of the game.

“[Iheanacho’s goal was] incredible. Great pass by Jonny [Evans]. We told the strikers to find space in between the centre-backs and full-backs. It was a great ball into space. The skill to turn and finish quickly, a wonderful goal. It capped off a great night for him.

“The top priority for me as a coach is helping players to develop. it’s been difficult for Kels because of the style we normally played which was one striker – Jamie Vardy. We had to change it round with injuries, he’s come in and been exceptional. Not just his goals. He’s so happy to work hard for the team and his quality is phenomenal.”

On any fears of Leicester tailing away like last season, Rodgers added: “We spoke about it at the start of the season and put it to bed them. Our performance levels this season have shown that’s in the past.”

Foxes match-winner Kelechi Iheanacho added: “It is so, so big, it is a massive three points for us.

“We were 1-0 down at half-time, we were nervous a little bit but in the second half we changed it around a little bit and got control of the game and got them running and the space kept coming and we got the goal. 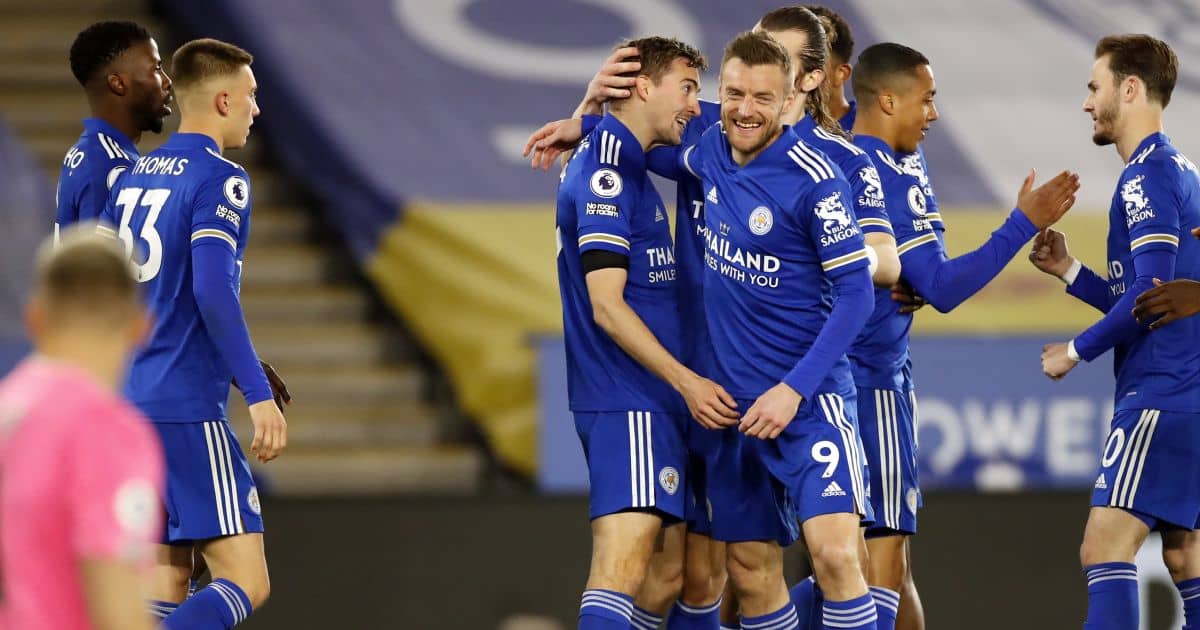 “It will give us a boost into the next game. The club has five games left so there is a lot of work to do. We cannot talk about the Champions League until the last game. We need to concentrate on our next game.”

On his goal, he added: “I was in the box and it was on my left foot, I wasn’t thinking about anything else – shift and shoot. When you have confidence in your game it makes you perform really well and it keeps coming and you keep scoring.”