The Sydney Roosters have been hit with a breach notice proposing a fine of $40,000 following Friday's loss to Souths.

Coach Trent Robinson has been fined $20,000 for his post-match spray at the match officials, while there's a $10,000 fine for alleged abuse of officials during the match.

A suspended $10,000 fine will also be activated should Robinson be found guilty.

Robinson is alleged to have claimed match officials had a bias against the Roosters at his post-match media conference.

"Sport can be highly emotional and sometimes people will debate decisions made on the field and we expect all clubs to deal with on-field matters respectfully,'' NRL boss Andrew Abdo said.

"We can analyse and debate decisions, but such commentary should not be personalised and disrespectful. In our view there was a lack of professionalism shown by the club and its officials across Friday night.

"We're an elite competition and we should set the standard for how to deal with adversity."

Robinson had previously been issued a similar breach notice in May, for which a $10,000 suspended fine was imposed.

The Roosters coach was highly critical of officials for their failure to take action after Joey Manu was hit high by Souths star Latrell Mitchell, leaving Manu with a fractured cheekbone.

"It took Joey to stand up and stick up for himself with a depressed fracture of the cheekbone and they still didn't want to do anything about it," he said.

Abdo pointed out that the NRL had been quick to acknowledge Mitchell should have been sent off on Friday night, standing down Bunker official Henry Perenara from matches over the rest of the round. 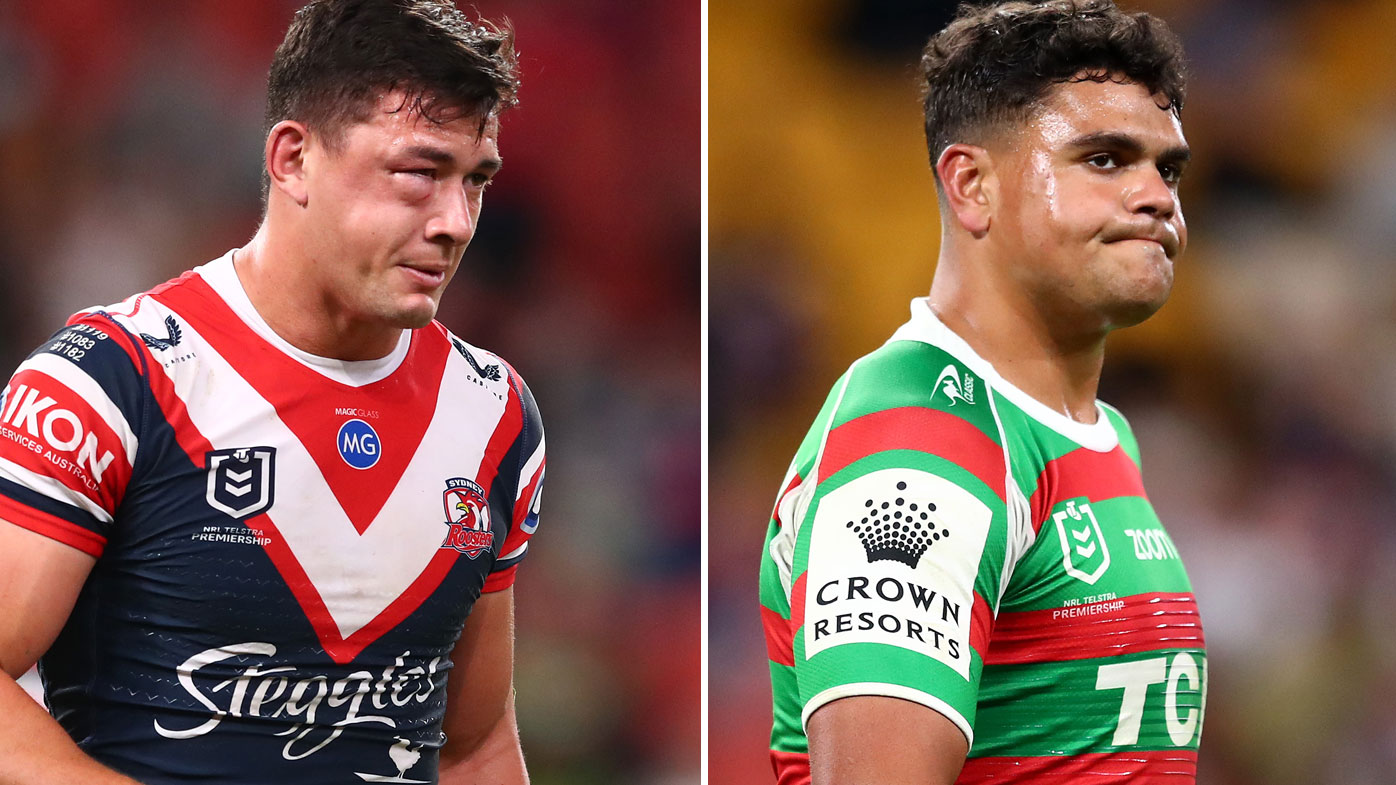 "There is no place for the abuse or harassment of match officials by club officials on the sideline," said Abdo.

"It's not tolerated in community sport and it's certainly not tolerated in elite sport.  It is important that at the highest level all club officials control their emotions and set an example to everyone in our sport.

"We will not hesitate to remove the sideline access of any official who repeatedly makes abusive comments towards our match officials."

Investigations are continuing into reports a Roosters player had an altercation with a television cameraman.