The talk at half-time was that Brett Morris was in all sorts of trouble.

It was State of Origin I, 2014, and Brett had dislocated his shoulder in the 19th minute while scoring a try. He toughed out the half, then went back out for the second.

His team needed him and he was never going to let us down. 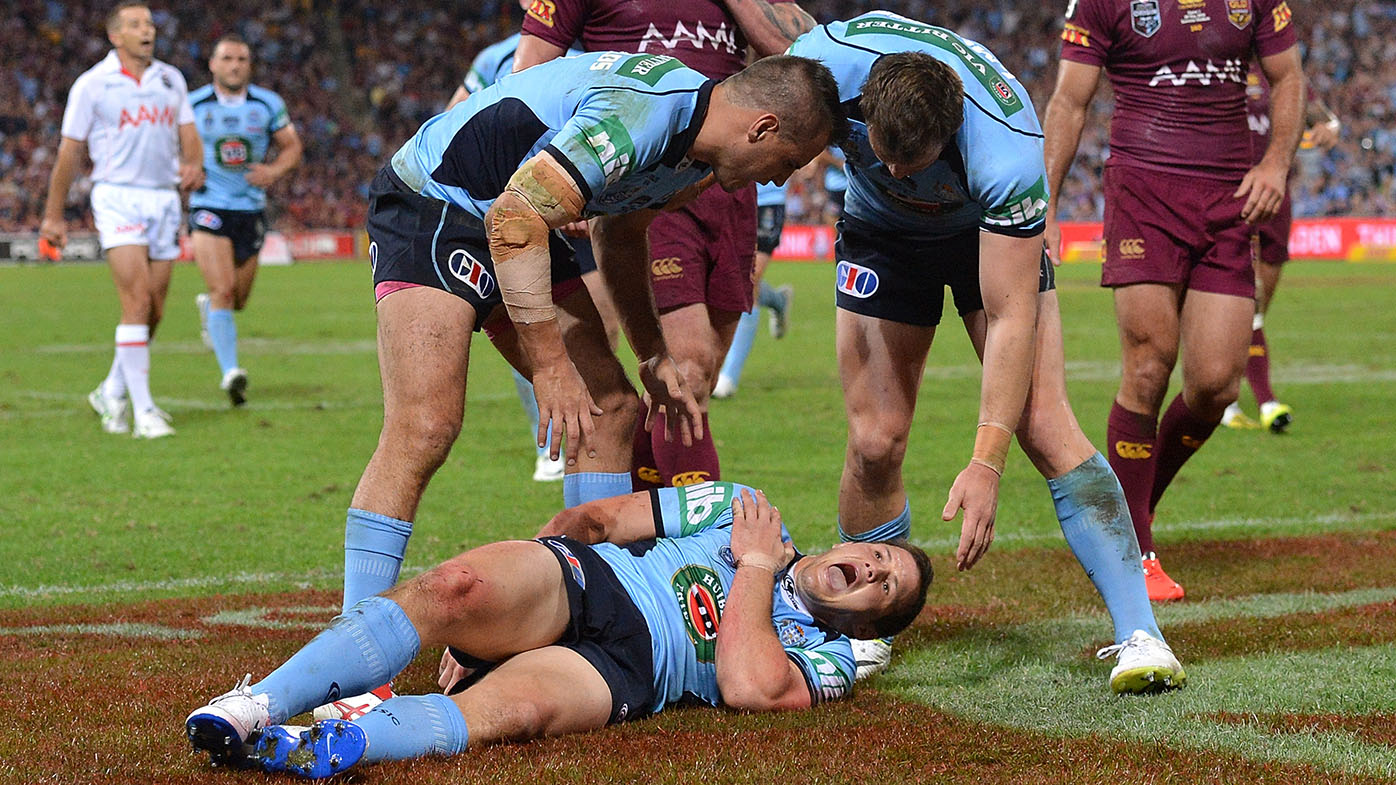 I still remember the last 20 minutes of that game. They were some of the hardest I've ever played in my life.

We led 12-8. Queensland had the ball on our line almost non-stop. Looking back, how did they not score?

By the 74th minute, I remember thinking, 'We're in trouble here'. Queensland went left to Greg Inglis and Darius Boyd; 35 career Origin tries between them and Darius had already scored a couple in that game. Now he was headed straight at Brett and his crook shoulder.

Darius was running hard. A full house at Suncorp Stadium was screaming for him to get the ball down, as he'd done so many times before.

Yet Brett somehow wrapped up Darius in a ball-and-all tackle and not only held him up over the line, but put him into touch.

It would have been a great tackle regardless … and he had a busted shoulder! I've had shoulder injuries before and it would have been really painful to stay out there, run the way he did and come up with that crucial tackle at the end.

Every possible thing was against him … and he still did it. 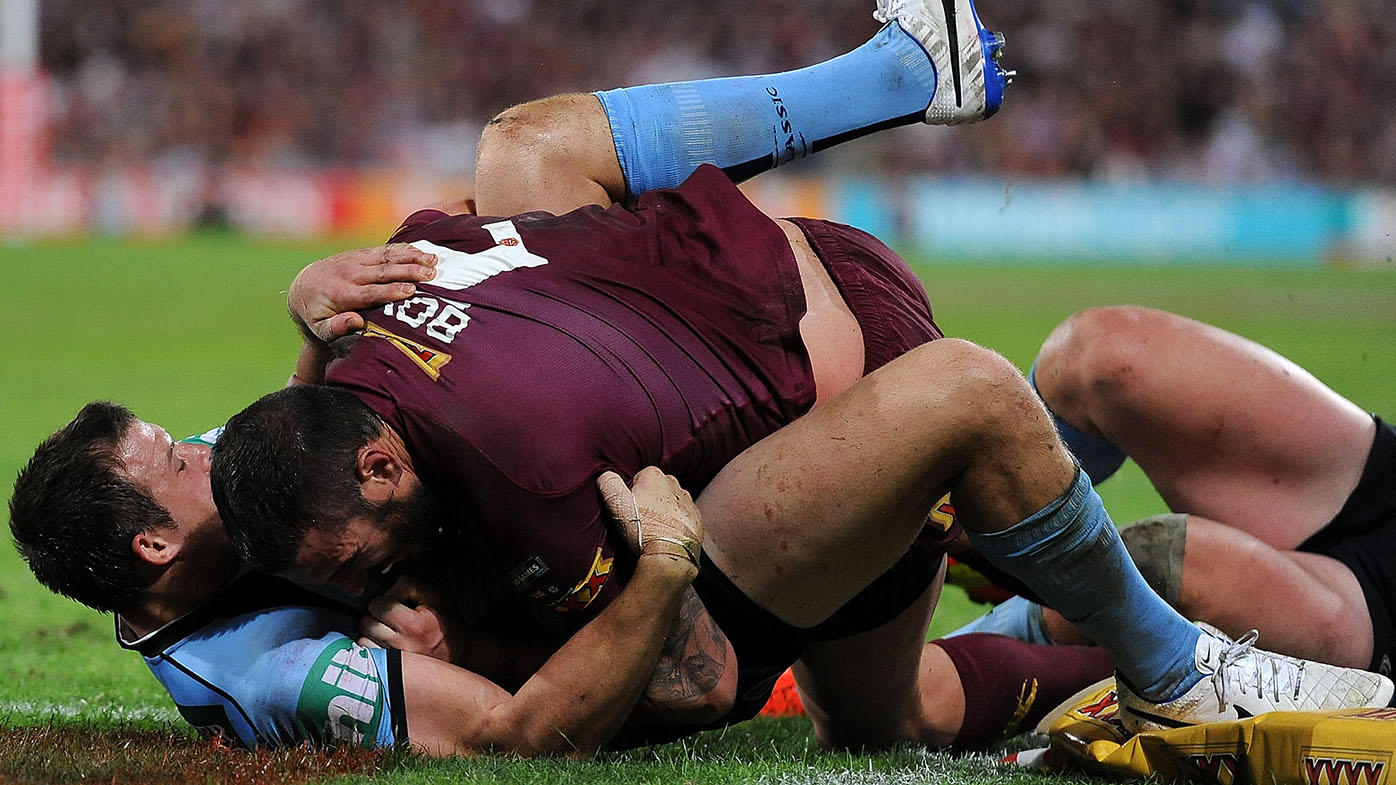 That moment, and that whole game from Brett, was just an enormous achievement. A massive effort. The team needed him, so he stayed out there. Didn't worry about himself. Got the job done.

That's just him and it was the absolute catalyst for us being able to go to Sydney and sew up that series. Had we not one game one in Brisbane, it would have been very tough to go up there and win a decider. Only two Blues teams have ever done that, so history would have been well and truly against us.

Brett was out injured for the rest of the series but he'd played an amazing part in us going on to win. He was a big part of our motivation going into game two, as was his twin brother Josh.

Josh did his knee during that first game, yet still got up and ran down Greg Inglis. Those efforts were spoken about during our camp for Origin II; the team-first mentality from those two guys.

They were a massive inspiration for us going into game two and winning the first Origin series in nine years for NSW. 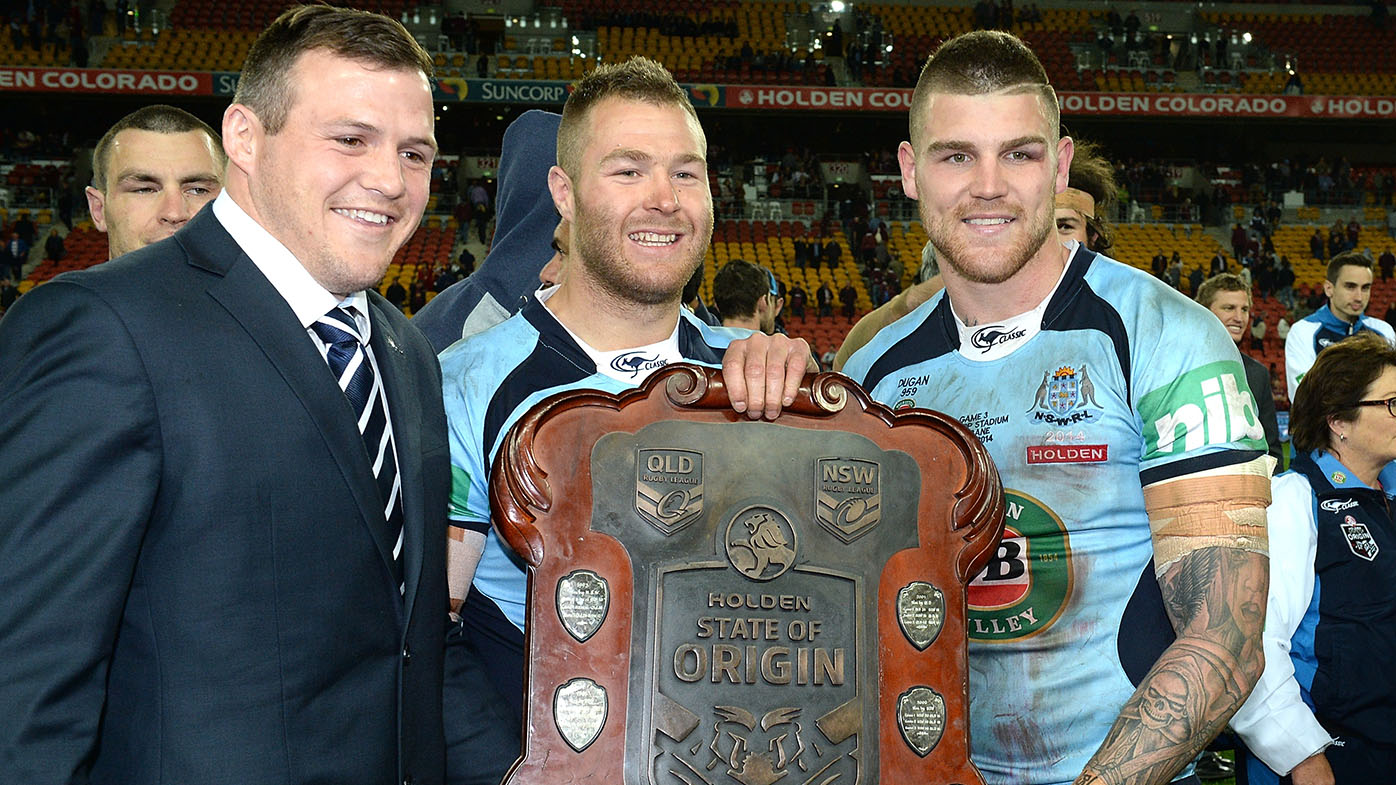 Brett and I were already good mates by then. I played against him in his early days and first met him properly on a Kangaroo tour in 2009, during a Four Nations tournament in the UK and France.

We just got on really well. We remained friends throughout Origin and ended up having kids at the same time; he had a little girl and I had a little boy.

The kids got on well together in Origin camp and now it turns out they're in the same class in primary school! We run into each other a bit at school pick-ups. 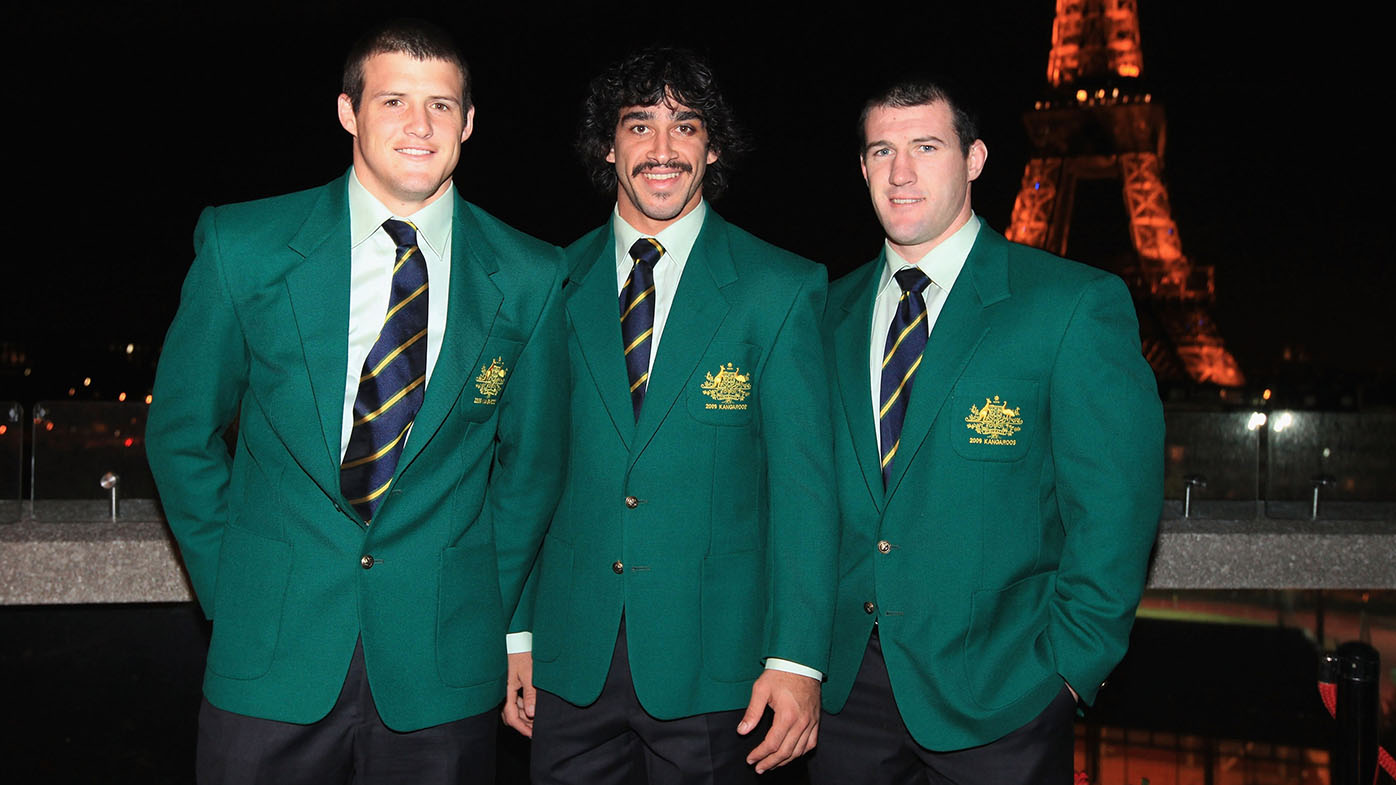 I may be a mate but there's no doubt that if Brett Morris decided to retire now, he'd go down as one of the greatest wingers ever.

Fourth on the all-time try-scoring list. Won premierships. Played plenty of games for NSW and Australia. He's done it all.

I've said often this year that he's still probably the best winger in the game. He could still be playing for the Blues, no doubt. Even for Australia.

He's still that good. You give him half a chance and he scores. He's been like that his whole career, just a try-scoring machine. I don't want to bet against him making a comeback, if that's what he wants to do. He's a fairly laid-back and relaxed kind of guy, but plenty of those guys are really driven inside.

It wouldn't surprise me if he did come back. It can't be ruled out until Brett himself makes the decision.

Either way, he's one of the greats of our game and he's been at the forefront of two massive trends with modern wingers.

He was playing with the sort of hyper-athleticism we see from wingers all the time now before it became the norm. That was before the corner post rule was changed; he was already scoring those really acrobatic tries and he certainly kept it up once wingers were allowed to hit the post.

Having debuted in 2006, he also came along right when wingers were transforming; from the small, fast guys on the end of the backline to the bigger, more powerful players who were responsible for getting sets started by taking hit-ups out of their own end.

Brett isn't the biggest guy but he's just strong. He trains very hard and he was one of the guys who led the way for wingers playing like extra forwards. 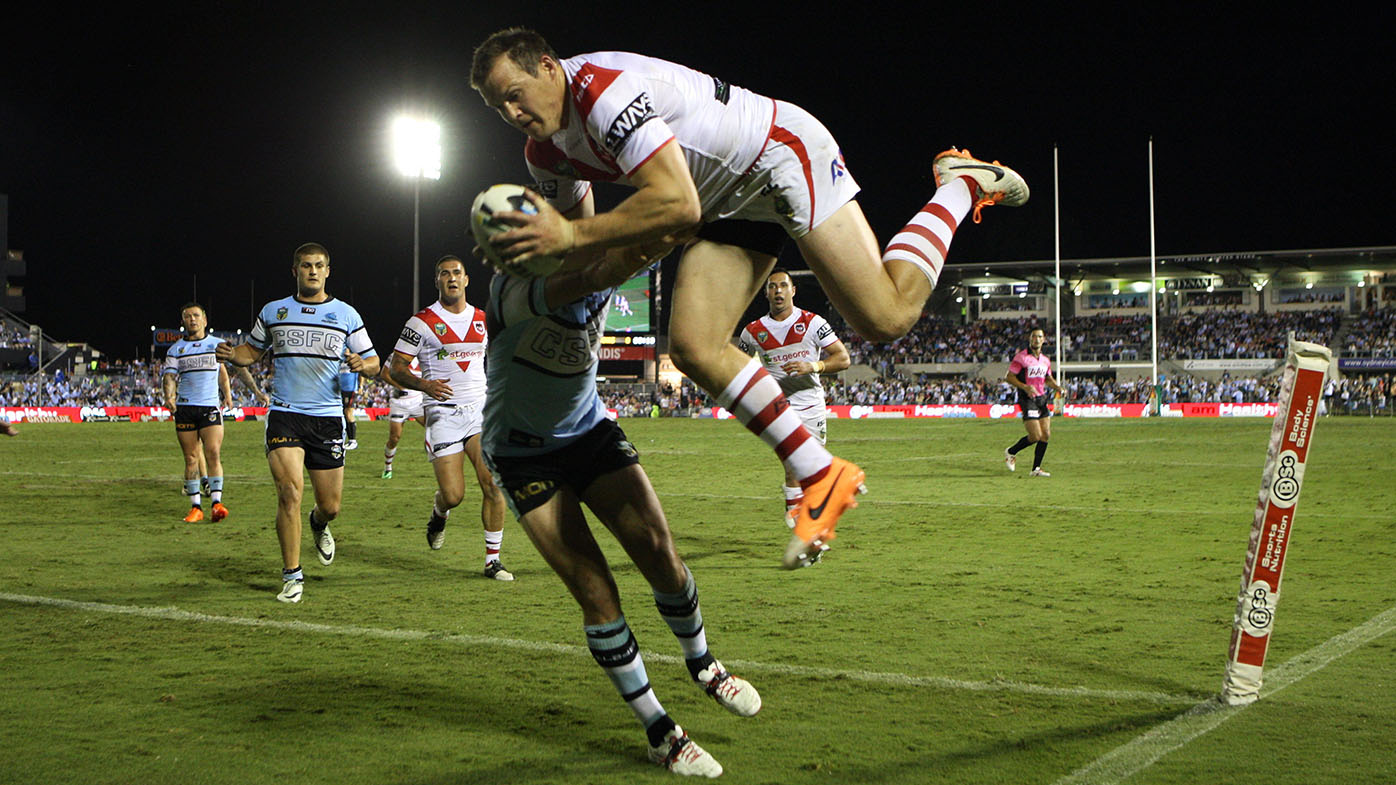 He's done it for such a long time and had so much success, yet he's such a great team man. He's the guy who always appears on the scoresheet yet he's still an incredibly selfless player.

That's why he's always been so well liked. You never hear anyone say a bad word about Brett Morris, that's for sure.

Honestly, he's such a good guy. He's never had any off-field issues. He's someone that you not only want in your team, but in your club. No crap about him.

When you sign a player like Brett Morris, you don't need background checks or quiet phone calls to check on what he's been up to. He's just a good guy. A perfect clubman. 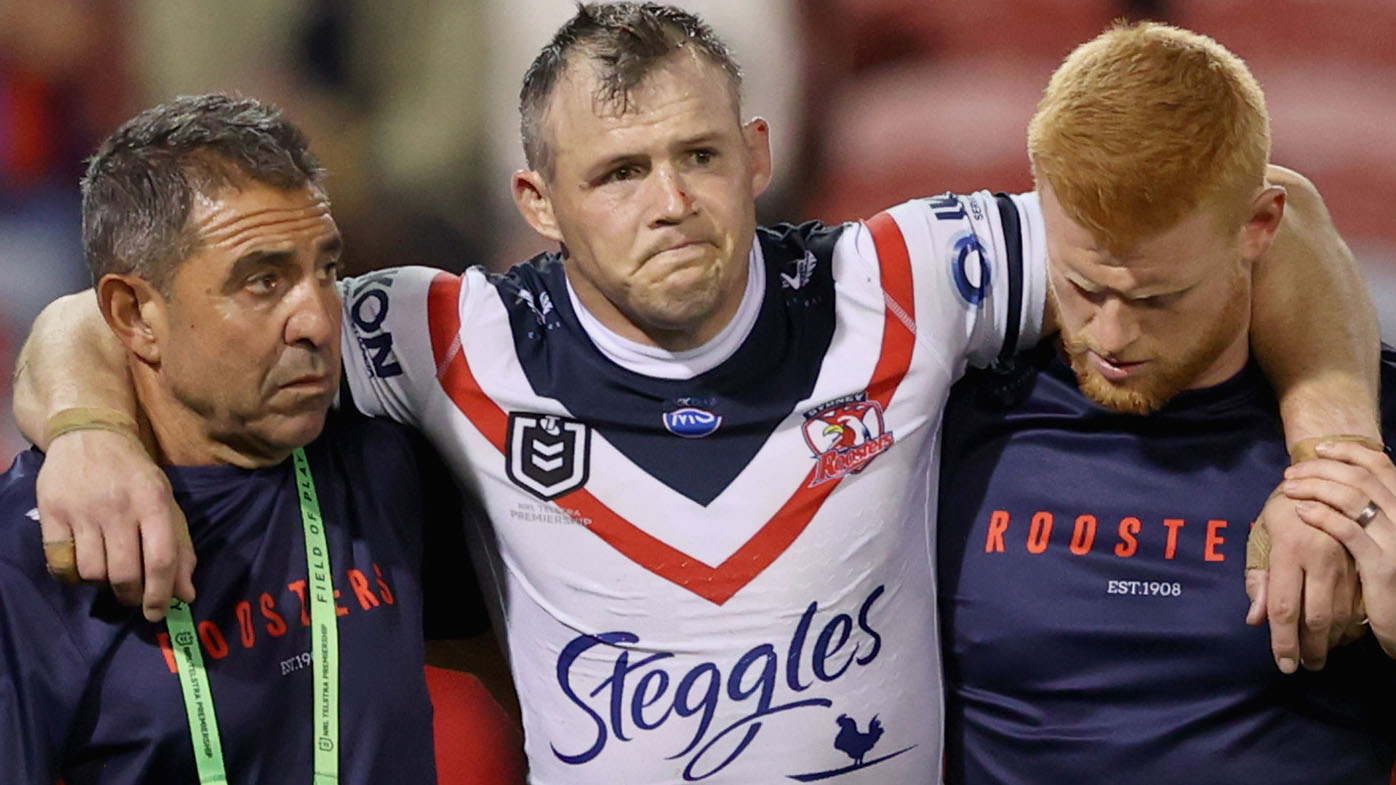 If his knee injury on the weekend in the Roosters' win over Newcastle means that's it, then it's so sad and disappointing to see his career end in that fashion. He was still playing so well.

His consistency, week-in, week-out, year after year … I've never seen its like from another winger.

I can't think of any better winger in my time in the game. Guys like Israel Folau were brilliant for short periods but when you're talking about someone who was constantly good, barely played a bad game across 15 years … that was Brett Morris.

A great player. A great clubman. A great bloke.

If this is it for him, then that's how he'll be remembered and its thoroughly deserved.