Emile Smith Rowe experienced a rollercoaster ride of a day after surviving a red card to notch the crucial goal as Arsenal progressed in the FA Cup at Newcastle’s expense.

The Gunners’ evening began with a hitch when Brazilian forward Gabriel Martinelli appeared to roll his ankle during the warm-up.

Reiss Nelson was drafted in as a last minute replacement, and it was he that produced the game’s first shot in anger barely two minutes into the contest.

A period of back-and-forth emerged before David Luiz set Pierre-Emerick Aubameyang through on goal mid-way through the first half.

The Gabon superstar raced towards Newcastle goalkeeper Martin Dubravka and drew a fine save when shooting across goal. Willian latched on to the rebound, but after turning his marker, blazed over to ensure the scores remained deaclocked.

Neat interplay between Aubameyang and Nicolas Pepe set the Ivorian away, but a last-ditch tackle from ex-Gunner Isaac Hayden scuppered a glorious opportunity.

Newcastle finally saw a clear sight of goal in the 55th minute. Arsenal’s efforts at clearing their lines from a set piece were far from adequate, with the ball eventually being fizzed into the centre-forward at the far post.

His contact on the first-time strike was clean but flew agonisingly wide as the flag went up for offside.

Replays showed Carroll was in fact onside, and with VAR in operation at the Emirates, the opener would have been given has his effort been on target.

That miss was nearly punished moments later, but Aubameyang’s cold streak in front of goal continued as he missed the mark in a one-vs-one that he would surely have hoped to do better with.

A goal seemed destined to come as the temp incrased, and but for the heroics of Dubravka, Joe Willock would have notched it when heading towards goal following Pepe’s accurate cross.

Brilliant save from Dubravka to tip Willock's header round the post. Lovely curling ball from Pepe, Willock is free at the back post & he nods towards goal but Dubravka flings himself across to flick it wide. #NUFC #AFC #ARSNEW

Kieran Tierney began to offer a threat down the left, but even his pinpoint crossing could not help carve out the game’s opener as another Aubameyang chance went begging.

Newcastle squandered a fantastic opportunity to grab a winner in normal time when Bernd Leno produced a crucial stop to deny Carroll from close range.

Seconds later as Arsenal attempted to counter, Emile Smith Rowe was shown a red card that VAR overturned to a yellow after catching Sean Longstaff on the shin.

A flurry of late Magpies corners came to nothing as extra time loomed.

Chances came and went for both sides in the first period of extra-time, but it was in the second that the stalemate was finally broken.

Ciaran Clark sloppily conceded possession deep within his own half before a sublime piece of interplay between four players opened up space for Smith Rowe.

The youngster made no mistake with his finish, tucking the game’s opener away off the inside of the post.

90': Emile Smith Rowe has a red card overturned by VAR

The Gunners sealed the victory with three minutes remaining when the dangerous Tierney teed up Aubameyang to slot home from point-blank range to make it 2-0.

The post Smith Rowe has day to remember as Arsenal sink Newcastle in extra-time appeared first on teamtalk.com. 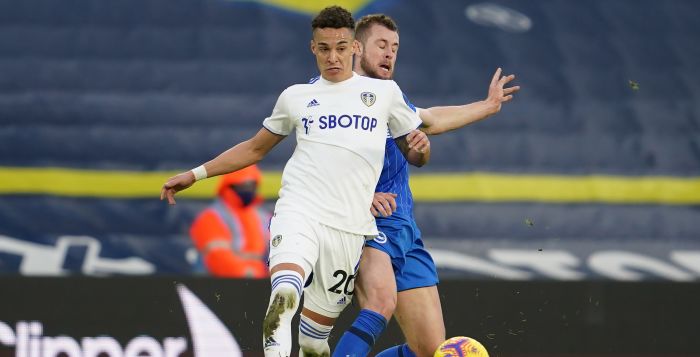