Chelsea manager Thomas Tuchel revealed the one moment that frightened him in an otherwise stellar display in the Champions League.

Chelsea secured their spot in the last eight of the Champions League after cruising to a 3-0 aggregate win over Atletico Madrid.

After surviving an early penalty scare, the Blues took control and never looked back.

Hakim Ziyech put Chelsea in front on the night mid-way through the first half before Emerson Palmieri capped proceedings off with an injury-time strike.

Speaking to BT Sport after the match, Tuchel said: “Very good performance, unbelievable effort, even from the guys in the stands… could feel we totally wanted it.

“They tried to pressure us high in the first half but opened up some spaces in the back of the midfield and we could exploit it. Second half there were minutes where we suffered but we were ready to do what was necessary to win.

“We missed Andrea Christensen today, Thiago for many weeks – big personalities. I tell Kurt Zouma this morning he plays and he steps up. It’s about team work, courage and reliability of feeling safe around each other.”

Regarding the potential penalty that captain Azpilicueta could’ve conceded early on, Tuchel added: “Is it a penalty?  Azpi got a bit frightened because his ball was short, I did not see it but was a bit frightened.

"Azpilicueta has pulled him, what's the ref going to do here!?"

Have Chelsea got away with one here?

Atletico Madrid could have had a first-half penalty at Stamford Bridge… pic.twitter.com/xGIkHC6SCk

“We know if we cannot find solutions with offensive play we can rely on our physical game. We were absolutely not afraid to put it on a physical level if we don’t get offensive solutions. We enjoyed the battle. The guys were totally on and sharp, we were super hungry to go through.

‘[Chelsea] had it under control’ – Ziyech 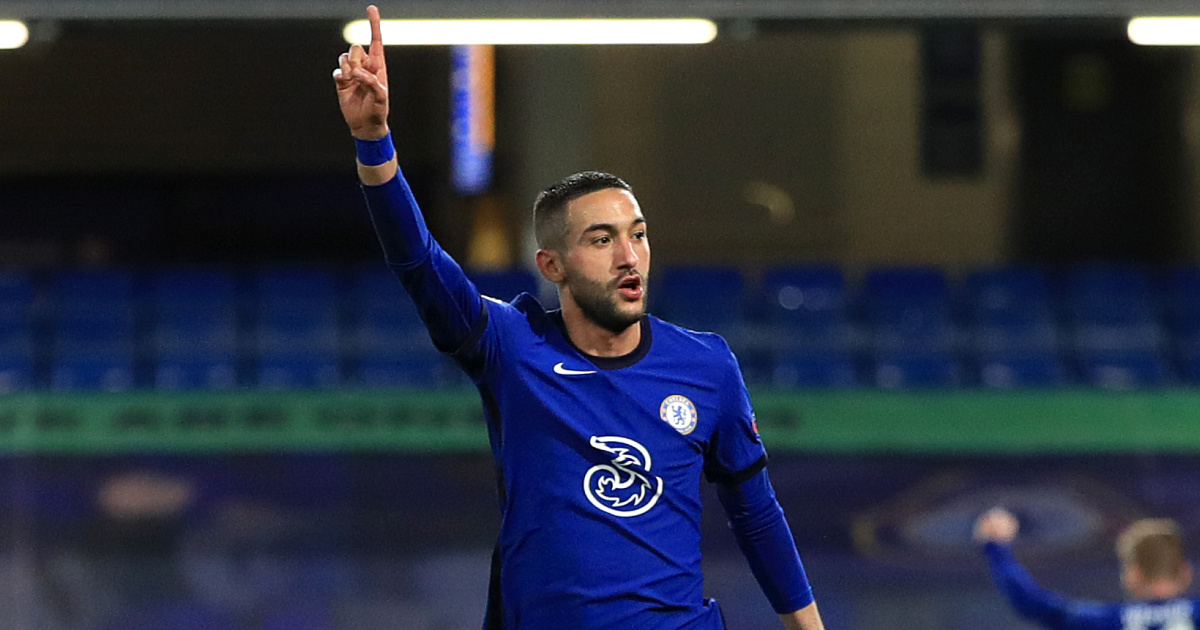 Chelsea forward Hakim Ziyech, also spoke to the press, telling BT Sport: “Some difficult moments in the game but for most of the time we had it under control. It was an important goal and I had to wait a long time for it.

“It is always good when you go 1-0 up, especially when you make it by yourself. Timo’s delivery was good as well.

“It was a bit like seeing how the game would go for 10 minutes and after that we had control. We did well.

“They didn’t create a lot. We can be happy about the performance. Hopefully it will be a good opponent for the last eight.”

The post Thomas Tuchel reveals what ‘frightened’ him in Chelsea victory appeared first on TEAMtalk.